Charlie Puth Net Worth – Charlie Puth is an American National Citizen, he is a singer, songwriter and record producer. Charlie is best known for his song ‘See You Again’ released on 2015 for the movie Furious 7. The soundtrack is co-produced and performed with Wiz Khalifa as a tribute to the late Paul Walker. 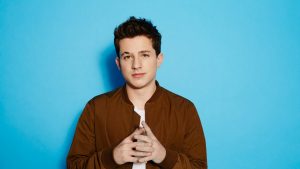 He started his own channel in September 2009. It was called ‘Charlies Vlogs.’ He began by posting comedy videos with covers. His first music video was released in 2010. Later the same year, he released ‘The Otto Tunes’ his debut Extended Play.

In 2011, he emerged victorious in an online video competition which was sponsored by the American TV personality Perez Hilton. His prize winning entry was a version of Adele’s ‘Someone like You’ which he performed with Emily Luther.

After enjoying Puth’s performance of ‘Someone like You’, Ellen DeGeneres announced that she had signed him to her label ‘eleven eleven’. This proved to be huge turning point in Charlie Puth’s career. It increased his fan base both online and offline, all over the world. According to Charlie Puth, it helped him reach a new level, which he thought was beyond him.

His second Extended Play, ‘Ego’, was released in October 2013. He also wrote songs as well as singles for some of his fellow YouTube personalities.

He signed with Atlantic Records in early 2015, after which his first song ‘Marvin Gaye’ was released. This song topped the charts in Australia, New Zealand, Ireland as well as the UK. Standing at number 21 on the US Billboard Hot 100, it became one of the most popular works in his career.

He appeared in the music video ‘Dear Future Husband’ where he played the love interest of the reputed American singer Meghan Trainor. In the video they are shown meeting on an online dating service, following which Puth comes to Trainor’s home with a pizza. Trainor, who is impressed with Puth, invites him inside.

His debut album ‘Nine Track Mind’ was released on January 29, 2016, though initially it was scheduled to be released on November 6, 2015. It received mostly negative reviews, but still it peaked at number 6 on the Billboard 200. One of its singles also topped the charts in various countries such as France and UK. 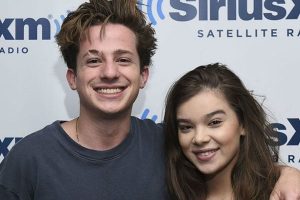 As regards of Charlie puth relationship, he is currently single and has not been in any relationship. His tweets prove his relationship status to be single. On July 29,2016, he tweeted. “I need a girlfriend.

I’m always on the road it’s hard to meet new people…”. So girls, get your applications ready! There is a vacancy in Puth’s heart, and you might just be able to apply!

Previously Charlie puth has been linked with different celebrities like ‘ Hailee Steinfeld’, ‘ Meghan Trainor’, ‘Selena Gomez’ and ‘ Bella Thorne’. None of these celebrities ever confirmed on their relationship with him. 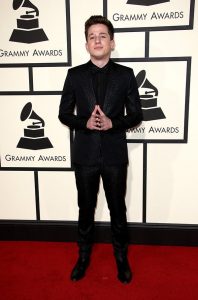 In 2011, Charlie Puth won the Pop Crush Music Award for Best Cover Song for his work ‘Someone like You.’
For his performance in ‘See You Again’, he received the Hollywood Music in Media Award for Song – Feature Film, as well as the Critics’ Choice Movie Award for Best Song in 2015. For the same work, he was also given the Billboard Music Award for Top Rap Song in 2016.

Charlie Puth has a net worth of $ 3 million.