Charles Pol Net Worth –American television personality and actor, Charles Pol is known for his appearance in the popular reality television show The Incredible Dr. Pol in 2011. Similarly, he has also appeared in The Legend of Sheriff Gus Skinner and Calling Dr. Pol in 2013 and 2014 respectively. 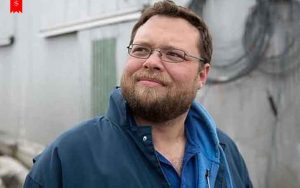 Charles pol was born on 6th March 1979 in Central Michigan Farm County, under the birth sign Pisces. He has a sister Kathy Pol. Both the siblings were adopted by Dr. Jan Pol and Diane Pol right from the birth and there are no reports available about their biological parents.  Two of them are of Caucasian ethnic group. They also have another sibling named Diane Jr. who was adopted at the age of 18.

He graduated from the University of Miami. During high school, he spent serving Shoney’s one summer doing the salad bar. 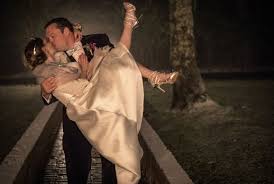 Charles Pol is a married man who married his longtime girlfriend, Beth Oakes, is a childhood friend of Charles. After being friends for a very long time, they turn their friendship into a romance in 2017.

The couple together appeared in season 12 of “The Incredible Dr. Pol.” He proposed Oakes with a glittering white ring in 2018.

Pol and his wife Oakes tied the knots on January 19, 2019. The two have shared many photos of their glamorous wedding on social media too. Their fans also took micro-blogging site Twitter to congratulate them.

Previously, Charles was in a relationship with TV personality Kelly, but the pair never confirmed their affair.

Charles Pol’s Career and Net Worth

Charles started helping his father at the age of 5. He was helpful at the farm calls as well as taking care of the pets.

Later on, he moved to Los Angeles in order to make a name in the entertainment world.  He initiated his career after doing an internship at reputable production companies such as Mirage Enterprises, Paramount Pictures, and Parkway production. During that time, he got an opportunity to learn from many Hollywood legends including the late Sydney Pollack.

He then starred in the reality show ‘The Incredible Dr. Pol’ in 2011, featuring Pol family serving humane acts in the rural Weidman, Michigan which soon became popular show among audiences.

Charles has made a tremendous from his career. The show, Incredible Dr. Pol helped him to gained name and fame among audiences where he starred along with his father and other notable casts. As per some online sources, he has an estimated net worth of $1 million.