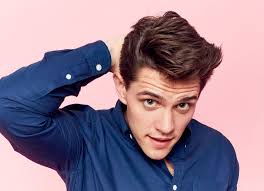 Casey Cott Net Worth – Casey Cott is an American actor who was raised with the motto ‘Success usually comes to those who are too busy to be looking for it.’

He is best known for his role, Kevin Keller an openly gay character in the history of Archie Comics on the CW series Riverdale. 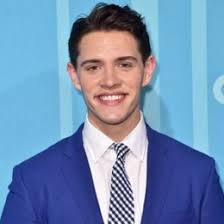 Casey Cott was born Casey Morton Cott on August 8, 1992. He is the second children of Rick Cott and Lori Cott (nee Morton). His father is an investment manager and former fighter pilot in the Air Force.

Cott was raised in Chagrin Falls, Ohio along with his older brother, Corey Cott who is also an actor and younger sister, Carly Meghan Cott.

However, because he want to be an actor he transferred to Carnegie Mellon School of Drama and graduated in 2016.

Casey Cott lives a very low-key life and seldom about his affairs and relationship. Since he has not introduced anyone as his girlfriend and we can assume that he is single. But from the sources, he previously dated Stephanie Styles who is an actress, singer, and dancer.

As of 2018, he is enjoying his single life and resides in New York City. 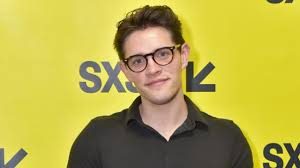 Cott started his career performing in local Ohio theater, where he appeared in productions of  Romeo and Juliet and Bloody Bloody Andrew Jackson along with Hailee Steinfeld.

When he moved to Pittsburgh for schooling, he got involved in the regional theater scene and worked on university theater productions concurrently.

In 2014, he played a part on the play Parade at the New Hazlett Theater in Pittsburgh. Then after two years in 2016, he played Moses in the premiere concert reading of Stephen Schwartz’s musical project, The Prince of Egypt.

Similarly, in 2017, he appeared as Kevin Keller on the CW series Riverdale which became his trademark.

There he portrayed an openly gay character in the history of Archie Comics alongside Madelaine Petsch, Marisol Nichols, KJ Apa and many more.

Actors who are not gay in real life often hesitate to play a gay character on-screen as they feel people might question their sexuality but as per Casey, it was very interesting to play someone who he is not in real life. He also loved the reaction from his fans, friends, and family.

Moreover, in the same year, he also appeared in Law & Order: Special Victims Unit. Besides this, he also featured in the music video Why by Sabrina Carpenter in 2017. As of 2018, he appeared in the television series, Instinct as Dino Moretti.

Below, we present the interview with Casey Cott talking about Riverdale.

Being a popular actor at the very young age, he has amassed a decent amount of money from his career. However, he has not revealed his net worth and salary.