Cari Champion Net Worth – If you have watched SportsNation, an energetic show in ESPN, then you must have recognized the current co-host of the show, Cari Champion.

Well, American broadcaster Cari has served as an anchor and courtside reporter in different sports channel for several years. She also hosts a weekly podcast in with ESPNW, Be Honest with Cari Champion. 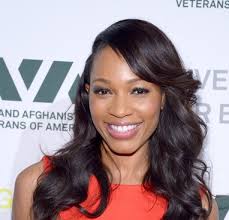 With the birth name, Cari Racquel Brooks, Cari was born on the 1 June 1975 in Pasadena. Her parents are Dylan and Mariah Champion.

Since a very young age, Cari was interested in journalism as she wanted to change the negative stereotypes of African Americans. So, she worked as an intern in CNN right after her completion of schooling from Washington D.C.

In 1998, Cari graduated from the University of California, Los Angeles(UCLA) with a major in English and minor in mass communications.

Is Cari Champion Married Or Dating? 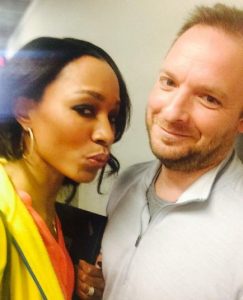 Back in 2014, Cari was rumored to be dating fellow ESPN personality, Ryen Russillo.

Due to their togetherness, and friendliness, people speculated Cari to be in a relationship with Ryen. But, neither Cari nor Ryen commented on the rumors.

In a recording that surfaced on YouTube in December 2017, Cari was spotted having chit-chats with her friends regarding dating. She stated that dating outside of someone’s race is “easier.”

Furthermore, the beauty with the height of 6 feet and 1 inch (1.85 m) claimed that it’s often “hard” to date Black men because they “expect TOO MUCH of women.”

Though Cari spilled the beans that she prefers interracial dating, she is not yet spotted with any man. Her social media accounts also lack the presence of a person that can be given her boyfriend tag.

So, Cari as of now is possibly unmarried and is focused on her profession rather than relationships.

The famous television personality initiated her broadcasting career in West Virginia via her first reporting job. In 2002, she worked at the WPTV-TV in West Palm Beach.

She also worked at the Orange County News Channel in Santa Ana in California. Later, Cari left the network and joinedWGCL-TV. However, in 2007 she was fired from the channel for uttering a profanity on-air.

Although she was rehired in 2008, Cari left the channel for a broadcasting job outside Atlanta. She then started working as a reporter in Florida. Her interest towards her job enriched when she covered news for the famous Tennis player, Venus and Serena Williams.

So, she applied for the sports-relatedTennis Channel. After being selected out of the fifty candidates from the audition, Cari started working for the network.

Cari joined ESPN2 on 1 October 2012. The beautiful anchor first hosted the show, First Take and shared the table with commentators, Skip Bayless and Stephen A. Smith.

Cari Champion poses with co-hosts Skip Bayless and Stephen A. Smith on the sets of First Take (Photo: wordpress.com)

After working as a co-host for two-and-a-half-year, Cari left her position on First Take in late 2014.

Then on 4 November 2014, she made her first debut for ESPN’s Sportscenter.

On the same day, Cari became a target of racist and sexist tweets from comedian Artie Lange, who jokingly portrayed himself with Cari in a sexual fantasy. But admitting his mistake,  Lange tweeted an apology the next day. However, Cari did not respond publicly regarding the issue.

After accumulating several years of experiences, Cari was named as a co-host of SportsNation on February 2018. Since 12

Apart from her interest in journalism, Cari has featured in the movies, Eleventh Hour (2008) and The Bling Ring (2013).

With stints as an award-winning journalist and actress, Cari has earned a handsome fortune. As of now, her journalism career credits her with an annual salary of $1 million, while her net worth dwells in the figure of $2 million.