Cameron Dallas Net Worth – Cameron Dallas is an American celebrity, actor and YouTube star. He got his start on Vine in September 2012 quickly becoming one of the most followed accounts on the platform. Thanks to his good looks and comedy, he has been able to crossover his popularity from Vine to other platforms such as Instagram and YouTube. Cameron was born on the 8th of September in 1994 in Whittier, California. He later relocated to Chino, California with his family. He was raised by his mother, Gina Dallas and he has an older sister, Sierra Dallas. Sierra, who is four years older, was born on the 12th of May, 1990.

He is of Mexican, German and Scottish heritage.

Beyond the social media success, he has also managed to achieve crossover success as an actor. He starred as Felix O’Neil in the 2014 film, Expelled which also starred Matt Shively and Lia Marie Johnson. Unfortunately, the movie was critically panned and got negative reviews. He also lent his voice acting skills for the role of Freddie in The Frog Kingdom opposite Bella Thorne, Keith David and Drake Bell.

In 2015, he starred as Frankie Payton in The Outfield with Nash Grier and Joey Bragg. The Outfield is an American comedy-drama sports film that released through video on demand.

He has also appeared on several television shows including AwesomnessTV, American Odyssey and his own reality show, Chasing Cameron, which follows his life as a social media influencer.

He has also released a few songs including She Bad, which debuted in 2015. He was also featured on Daniel Skye’s song All I Want.

Clearly, Mr. Dallas is a man of many talents with big aspirations in the entertainment industry.

In 2016, Cameron was rumoured to dating a model, Chase Carter. Carter was born in Nassau in the Bahamas on the 10th of June in 1997. She gained attention for being featured in Sports Illustrated Swimsuit 2018. However, this relationship was never confirmed.

But from August 2016 until June 2017, the Youtube star was in a relationship with Hailey Baldwin. Hailey was born on the 22nd of November in 1996 in Arizona. Though Hailey is a professional model, she is primarily notable for being the daughter of the actor Stephen Baldwin. She is also an Instagram celeb and one of the hosts of the TBS show Drop The Mic, which features celebs coming together to compete in a rap battle. The two were together for almost a year. 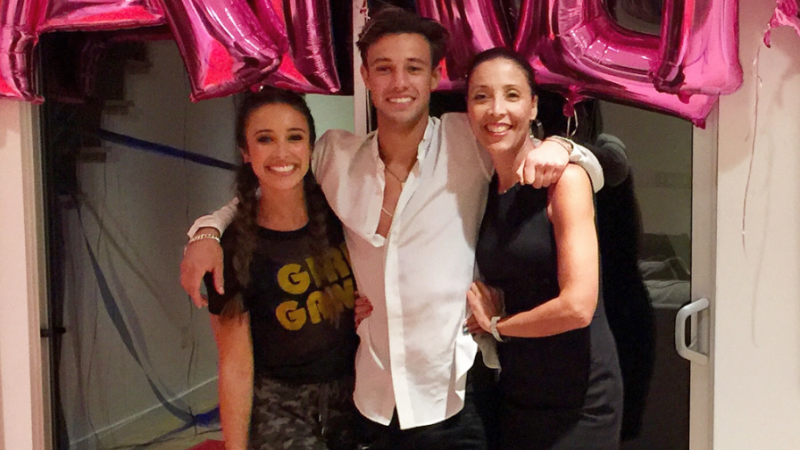 It was during this time that he met Brian Robbins, the CEO of AwesomenessTV and was able to land the lead role in Expelled. The movie was announced in April 2014 and released in December of the same year. Later, he featured in two episodes of the NBC show, American Odyssey, which was starred Anna Friel, Treat Williams, Peter Facinelli, Daniella Pineda, Sadie Sink and Adewale Akinnuoye-Agbaje. The show was canceled after one season.

In 2015, he was involved in Neighbors 2: Sorority Rising, the sequel to the incredibly successful Neighbors which starred Zac Efron, Rose Byrne and Seth Rogen. The sequel, which starred Chloe Grace Moretz, Kiersey Clemons and most of the original cast returning was also very successful – unfortunately, Cameron’s entire scenes in the movie was cut out.

Cameron Dallas has an impressive net worth of $4.5 million. While he is not the richest of internet celebrities, his bank balance is still commendable – especially considering the fact that he made his first million before he turned twenty.

Being one of most followed Instagrammer, YouTuber, and former Viner, most of his income comes from posting sponsored content and social media advertising. He has also made money from taking part in the MagCon tour.

He also makes money from modelling, from acting and from his reality show – Chasing Cameron.