He rose to international prominence with the release of his third studio album, 19 Months, in 2012. Topping the UK charts, the album became his first to chart on the Billboard 200 chart in the United States, peaking at number 19. 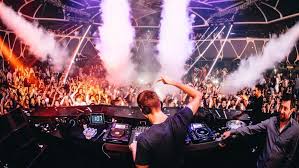 Calvin Harris signed a contract with Sony BMG, EMI, and Three Six Zero group in 2006. The same year, she generated a remix of the single ‘Rock Steady’.

In 2007, he released his first studio album ‘I Created Disco’. Harris wrote, produced and performed all its 14 tracks. It debuted at #8 on UK Albums Chart and climbed atop UK Dance Albums. British Phonographic Industry (BPI) gave it gold certification on May 23, 2008.

In 2011, Harris released the single ‘Feel So Close’ which was the second single of his third album, ’18 Months’.The song not only marked his return to singing but also his debut solo effort to make it to the US Billboard Hot 100 climbing at #12 apart from debuting at #2 on the UK Singles Chart.

The song ’We Found Love’ became his first effort to reach atop the US chart. It later positioned itself as number 24 on the chart of all-time top hundred songs of Billboard Hot 100. It received gold and platinum certifications including 9× Platinum from the United States and 2× Platinum from United Kingdom (BPI).