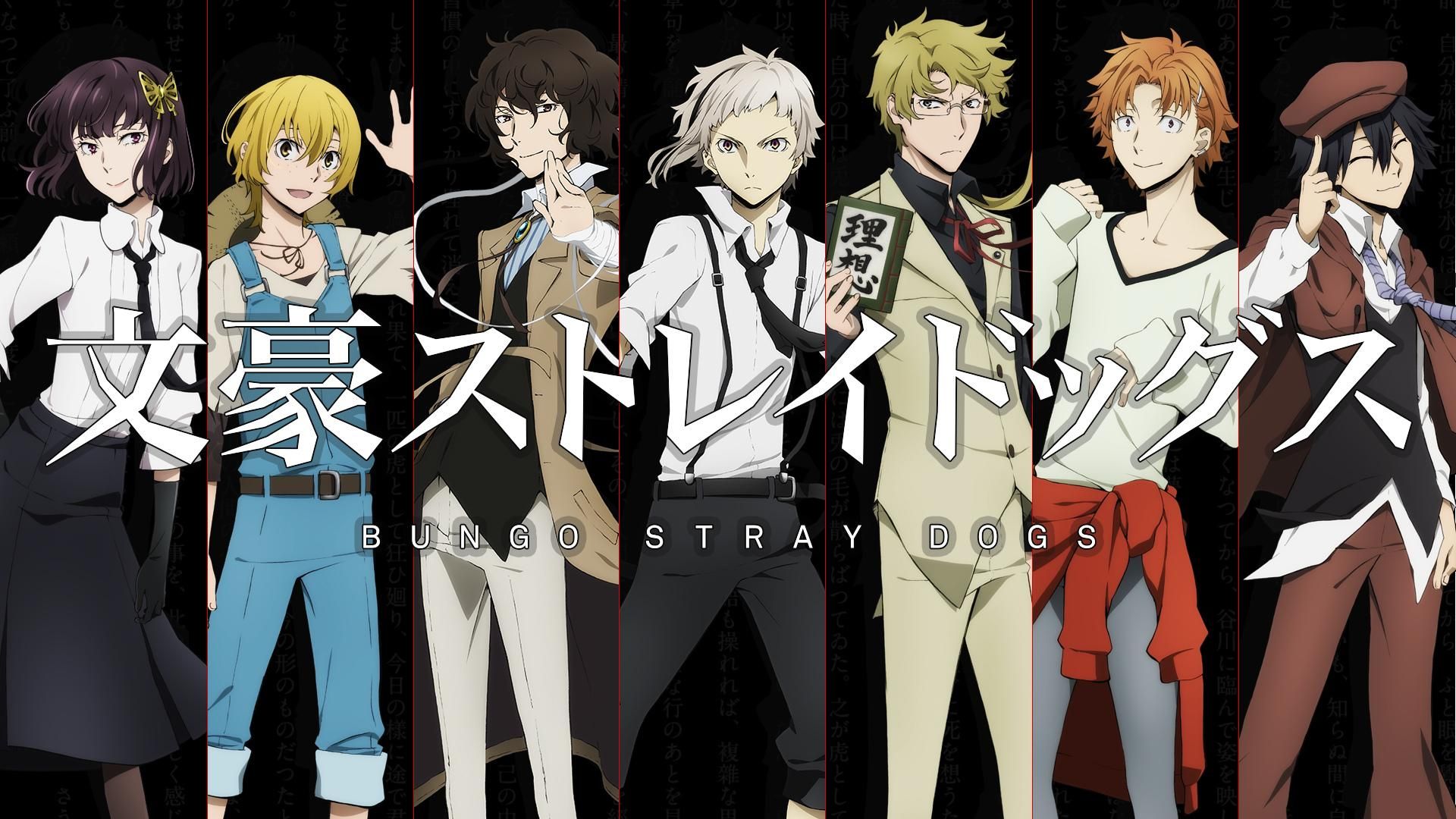 Bungou Stray Dogs (also known as Bungō Sutorei Doggusu in Japanese) is a Japanese supernatural action anime television series which is based on a seinen manga series of the same name.

Written by Kafka Asagiri and illustrated by Sango Harukawa, the manga series was first published on December 4, 2012.

A few years after its initial publication, it was picked up to be made into an anime television series.

Subsequently, Season 1 of Bungo Stray Dogs premiered on April 7, 2016, and was an immediate hit among fans of the source material and newcomers alike.

It was renewed quickly, and Season 2 first made its way to viewers’ screens just months later on October 6, 2016. Three years later, Season 3 came out in 2019.

Since then, fans have been clamoring for a fourth season, and here’s everything we know about Bungou Stray Dogs Season 4. 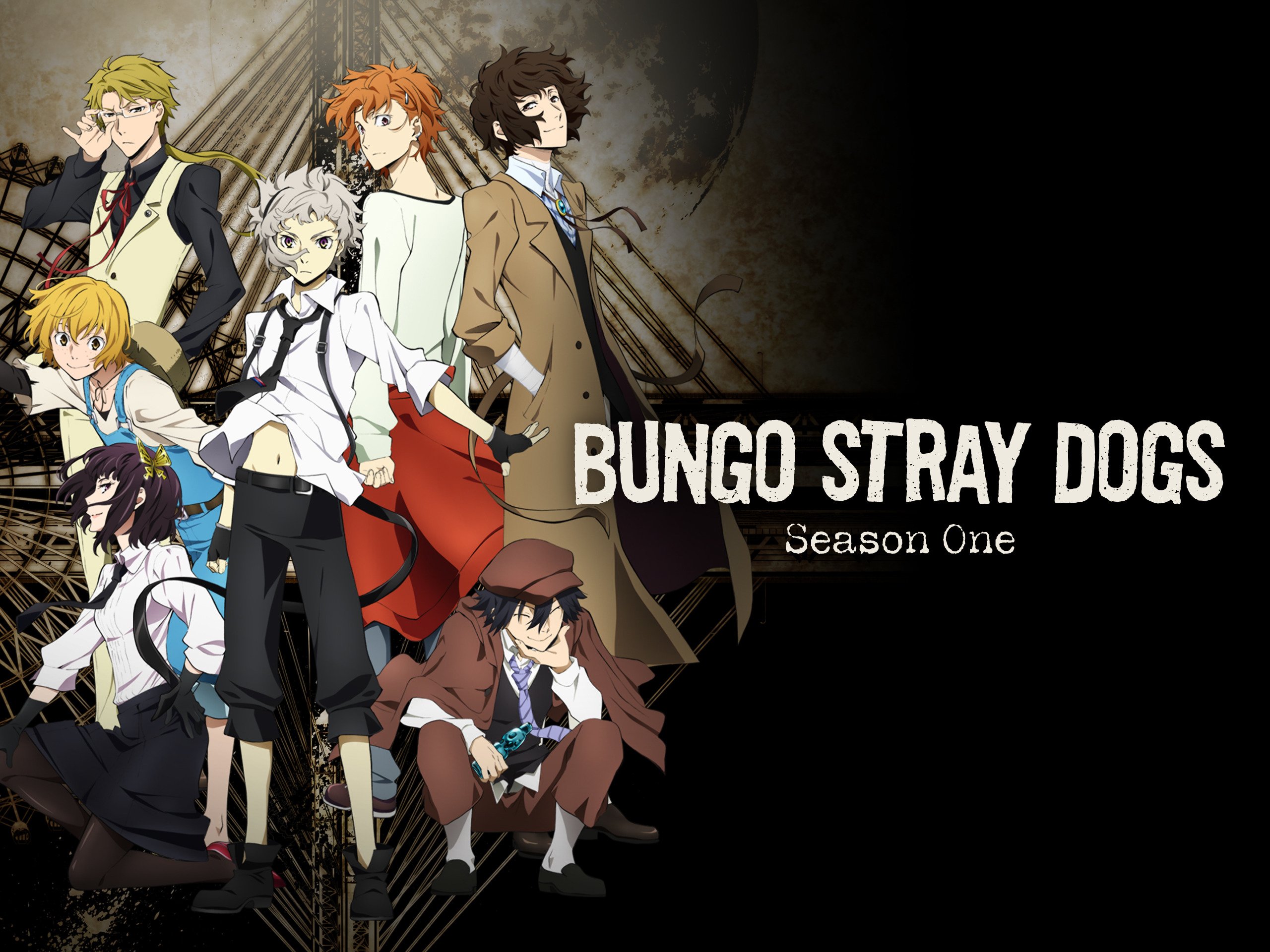 Bungou Stray Dogs Season 4 Release Date: When will it premiere?

The OVA and the movie were well-received by fans of the show, and so was Season 3.

As far as the next season goes, we don’t have an official announcement yet.

Though considering the popularity of the show, we would be surprised if it doesn’t get another season. It took three years for the makers to come out with the third season.

So, our best guess is that if the show does get renewed, Bungou Stray Dogs season 4 can release sometime in 2022. We will update this section as soon as we hear more.

Fortunately for those who enjoy watching anime shows in English, Bungou Stray Dogs has a great English dub done by talented voice actors.

The English dub of Season 3 was released on May 17, 2019, and dubbed episodes of the show can be found on websites like Funimation, Amazon, and Crunchyroll.

Being a fantasy show, Bungou Stray Dogs revolves around a group of detectives with supernatural powers, with a particular focus on a young man called Atsushi Nakajima.

The show starts off with Atsushi growing up in a seemingly normal orphanage.

However, when a mystical tiger which only Atsushi is aware of starts plaguing the orphanage, he is kicked out under the suspicion that he is responsible for strange happenings at the orphanage.

With no food and nowhere to go Atsushi is on the verge of death when another bizarre incident turns his life upside down.

While starving at a riverbank, Atsushi saves a man called Osamu Dazai from drowning and this turns his life around.

Upon saving Osamu, Atsushi comes to know that Osamu is a supernatural detective who was investigating the case of a mystical tiger – the same one which got Atsushi kicked out of his orphanage.

Eager to help, Atsushi joins Osamu’s investigation into the tiger, and with the help of Osamu’s partner, Doppo Kunikida, the trio manages to solve the mystery.

Yet, this sets into motion another series of events that result in Atsushi joining Osamu’s supernatural detective agency, which is called the Armed Detective Agency.

The show then follows the adventures and misadventures of Atsushi and co. as they try and solve unusual cases that are too bizarre for the police.

Later, the show also follows the tensions between an American supernatural organization called The Guild, the Armed Detective Agency, and their eternal rivals, the Port Mafia, as the three organizations fight it out for supremacy. 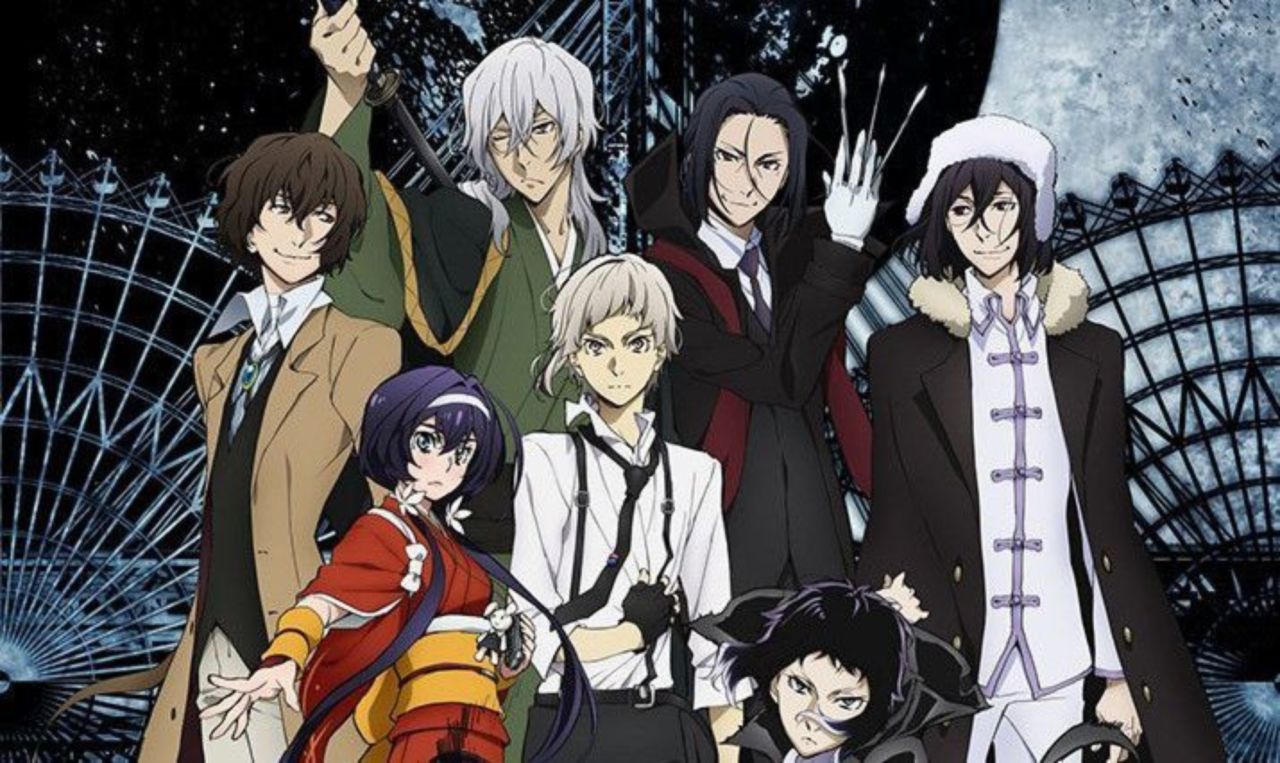 As far as the characters in Bungou Stray Dogs are concerned, it’s very interesting to note that the characters are named after famous authors and/or literary characters.

Below, we’ve given you brief backgrounds of the main characters, and brief notes on other characters in the show.

Atsushi’s character is based on a character from one of the author’s short stories, The Tiger Man, and in the show, he becomes part of the Armed Detective Agency after being kicked out from the orphanage and saving Osamu.

Following the conclusion to the mysterious tiger case, Atsushi gains the ability to transform himself into a white tiger and also has the ability to recover from almost any wound.

Osamu Dazai: Another main character in the show, Osamu is named after one of the foremost fiction writers in Japan in the 20th century.

Known as the “suicide maniac”, Osamu is rather prone to harming himself and is a rather unstable character.

However, he boasts powerful abilities, and when Atsushi joins the Armed Detective Agency, he takes the youngster under his wing and gives him the requisite training.

An ex-member of the Port Mafia, Osamu is also extremely intelligent, cunning, and violent, but hides these characteristics under his charming and carefree personality.

Doppo Kunikida: While not a main character in the show, Doppo is Osamu’s partner and quite important to the events which unfold in the show.

Named after 19th-century Japanese author Doppo Kunikida, Doppo is shown to be a meticulous planner who likes planning everything down to perfection.

Owing to Doppo’s organized nature, he has a habit of planning everything ahead and writing his plans down in a notebook, which has the word “Ideals” on its cover.

This notebook, interestingly, is also linked to Doppo’s powers, which allow him to will any notebook-sized object into existence by writing in it.

Most of these characters are named after famed Japanese authors, and some of them include Ranpo Edogawa, Junichirō Tanizaki, Kenji Miyazawa, Akiko Yosano, Yukichi Fukuzawa, Kyōka Izumi, and Katai Tayama, among others.

In a similar fashion, the members of the Port Mafia are also named after famed Japanese authors, and some important characters in the Port Mafia include Ryūnosuke Akutagawa, Chūya Nakahara, Ichiyō Higuchi, Motojirō Kajī, Ryuurou Hirotsu, Michizō Tachihara, and Ougai Mori.

Other characters in the show who are named after famous authors include Agatha Christie, André Gide, Fyodor Dostoyevsky, Arthur Rimbaud, and Mizuki Tsujimura, to name a few.