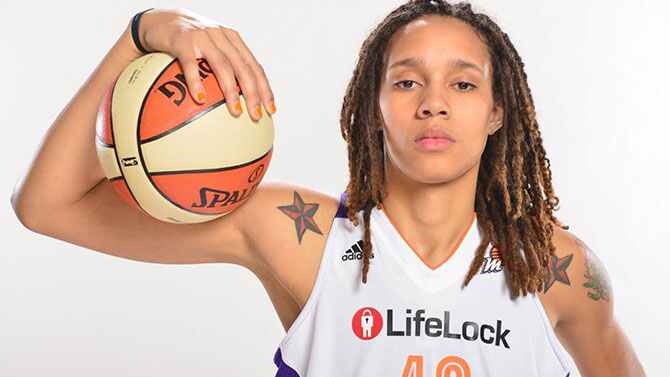 Brittney Griner Net Worth 2020 – Tall and beautiful Brittney Griner is a well-known American basketball player. She is best known as the player for Phoenix Mercury of Women’s National Basketball Association (WNBA). She plays center position wearing a jersey number 42. 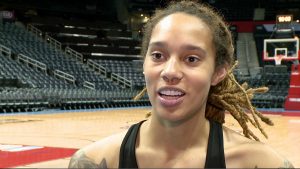 Brittney’s full name is Brittney Yevette Griner and she was born on the 18th of October 1990 to African American Parents –  Raymond and Sandra Griner.

There is no further information about her parents or what they do for a living. She has three older siblings – two sisters, Shkera and Pier and a brother Decarlo Griner.

She attended Nimitz High School, where she began displaying her love for sports. First, she was a member of the school’s volleyball team as a freshman.

During her sophomore year, she began practicing with the boys’ basketball team to develop her leg strength in preparation and readiness for learning to dunk.

This process was recorded and the video went viral online garnering over 2.7 million views and earning her a meeting with Shaquille O’Neal.

The youngster became so good that in her senior days at Nimitz High School she lead the school team to the Texas 5A girls basketball state championship game.

Her outstanding records and performances soon earned her a WBCA All-American and she participated in the 2009 WBCA High School All-America Game, where she led the team scoring 20 points and collecting 9 rebounds, she was soon named the nation’s #1 high school women’s basketball player by the Rivals.com.

Brittney has a height of 6 feet 8 inches. Her body weighs 93kg. 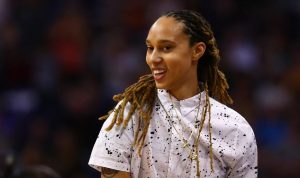 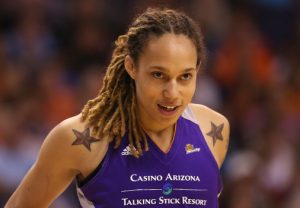