Brian Dennehy Net Worth – Brian Dennehy is a Hollywood actor, he is one of the most respected ones in the American entertainment industry. He first got recognition when he played the negative role of ‘Sheriff Will Teasle’ in the movie ‘First Blood’, the first film of the ‘John Rambo’ series, starring Sylvester Stallone as the lead character. 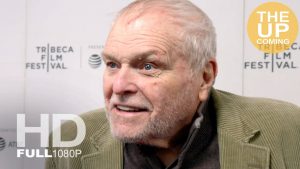 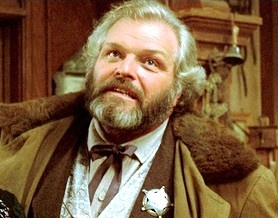 Brian Dennehy has a substantial presence on screen, Dennehy began landing supporting roles with considerably more heft, playing a sergeant in the Vietnam drama, “A Rumor of War” (1980), based on the best-selling novel of the same name. Meanwhile, his stage work continued to gain critical attention, and his appearances on screen soon culminated with his breakout performance as a small-town lawman and sadist who regrets his decision to hassle Vietnam Vet John Rambo (Sylvester Stallone) in “First Blood” (1982).

His blend of bone-deep badness and folksy charm caught the attention of casting agents and producers, who busied the next few years of Dennehy’s life with a variety of roles, often as characters in positions of authority. He was the offbeat bush pilot who deposits Charles Martin Smith in the Alaskan wilderness in “Never Cry Wolf” (1983) and played the New York detective who aids a Soviet policeman (William Hurt) hunt down a serial killer in the moody “Gorky Park” (1983).

He next delivered one of his best performances, playing a casually cruel lawman who has it in for a disparate outlaw (Kevin Kline) in Lawrence Kasdan’s retro Western, “Silverado” (1985). Dennehy followed with a memorable turn as the bemused alien leader in Ron Howard’s heart-warming sci-fi drama, “Cocoon” (1985), starring Steve Guttenberg and Wilford Brimley.

At the time, Dennehy also earned a few rare leads, most notably as a wisecracking cop who aids Bryan Brown’s special effects whiz in the critically acclaimed thriller “F/X” (1986), and a rough-hewn driver in Africa who romances Brooke Adams in “The Lion of Africa” (HBO, 1986). After a supporting turn as a dogged police detective in “Legal Eagles” (1986), he garnered further acclaim as a famed American architect who physically and emotionally unravels in Peter Greenaway’s challenging drama, “The Belly of an Architect” (1987).

Next he more than held his own against raging hitman James Woods, who shares his experiences with Dennehy’s inquisitive police detective-turned-author in John Flynn’s underrated psychological thriller, “Best Seller” (1987). After appearances in minor films like “Miles from Home” (1988) and “The Man from Snowy River II” (1988), Dennehy made a cameo appearance at the end of the much less successful sequel, “Cocoon: The Return” (1988).

Meanwhile, Dennehy continued to appear on the small screen, most notably as General Leslie Groves, the military representative during the creation of the atomic bomb in the Emmy-winning television movie, “Day One” (1989). 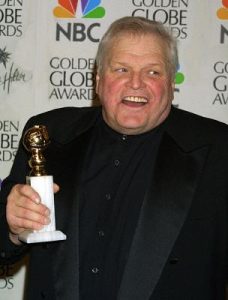 Brian Dennehy is an American actor who has a net worth of $12 million dollars.