Blake Lively Family – Blake Lively graced the big screens in the early 2000s, featuring in popular drama series Gossip Girl. The talented actress has also starred in a series of other movies. Lively is not only an actress but also a model who has worked with lots of notable brands. She is not only known as Serena van der Woodsen in the CW drama series ‘Gossip Girl’, but there is also a whole lot more to know about Lively’s life. 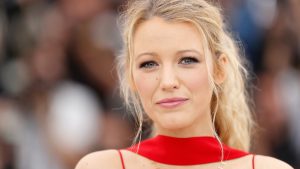 She was born Blake Ellender Brown on August 25, 1987, in Tarzana, Los Angeles, California. Coming from a family of entertainers, she became well acquainted with the art and soon started her acting career at the age of 10, with the movie Sandman (1998). Despite the distractions that came with her acting stints, she still remained undeterred towards getting an education. Lively attended Burbank High School in California and was a cheerleader, as well as a senior class president in her school.

She got her first major acting role in 2005 with the movie The Sisterhood of the Traveling Pants which she filmed in between her junior and senior years in high school. The actress gained a lot of attention for her remarkable role in the popular movie.

That year, she was nominated at the Teen Choice Awards for the ‘Choice Movie Breakout Female’ category. The following year, she starred alongside Justin Long in the movie Accepted. Blake in 2007, played ‘Anabelle’ in Elvis and Anabelle which earned her some recognition. 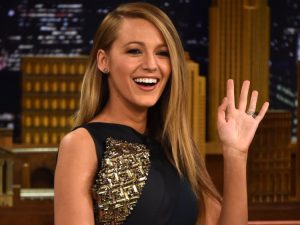 That same year, she landed a major role in the popular CW series Gossip Girl, as ‘Serena van der Woodsen’. The series which ran from 2007 to 2012, deprived Lively of getting her desired college education as she could not combine the two commitments. It was probably the price she had to pay for her fame. The talented actress reprised her role in The Sisterhood of the Travelling Pants 2, a sequel to the first movie, in 2008. Before then, she covered the November 2007 issue of Cosmo Girl magazine.

In 2009, Blake Lively landed another major role in The Private Lives of Pippa Lee where she played the younger version of the lead character. The movie earned her lots of recognition, as well as the praise of movie critics. In 2011, Lively starred in the popular superhero movie ‘Green Lantern’, where she played the female lead role together with Hal Jordan.

The film which was a massive commercial success pushed her to prominence and that same year, she landed on Time Magazine’s ‘100 Most Influential People’. Also in 2011, She was adjudged the most desirable woman by AskMen.com. In 2012 Blake became the face of Gucci Premiere and in 2013, was made the face of L’Oreal makeup. She featured in the horror movie The Shallows in 2016 and in the following year, she landed a role in A Simple Favor. 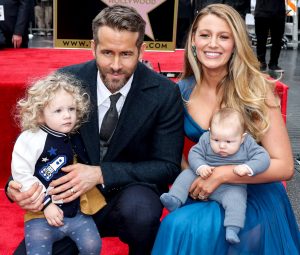 She was born to Elaine her mother, and Ernie Lively her father. It must have been a matter of heredity for Blake Lively whose parents were also into entertainment. Having a talent scout for a mother and an actor for a father, Blake got introduced to showbiz at a tender age. Growing up, she would join her parents in acting classes, and that was how she gradually mastered the art of acting.

It was not just her parents; Blake’s siblings are also known names in the entertainment industry. She recalls her older brother Eric Lively, an actor, who relentlessly tilted her focus to acting by going against her wish to get her to audition, as well as play minor roles. Blake who had her mind occupied with school eventually toed the line of her entertainment-oriented family.

Blake’s half-sisters Lori Lively and Robyn Lively are actresses who have featured in many movies.  Lori is an actress, an acting coach and also a TV co-host designer who has worked with many stars in the industry. Her other sister Robyn is known for her role in the productions Teen Witch, Saving Grace, Savannah, and many others. She also has a half-brother Jason Lively who is also an actor. 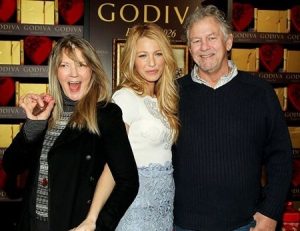 Blake Lively lives a traditional married life since her marriage to her husband Ryan Reynolds in 2012. Ryan is a Canadian actor and also a producer who has featured in a lot of notable movies like; The Proposal, Blade: Trinity, and many others.

The couple first met on the set of Green Lantern in 2010. Things soon grew from friendship to a romantic relationship and the two got married two years later at Boone Hall Plantation in Mount Pleasant, South Carolina. The couple has two kids together; their first daughter James, who was born in 2014, and their second daughter, Inez, born in 2016.

Good looks, good salary, and good investments have paid off for the 31-year-old Lively who is currently estimated to have a net worth of around $16 million. UK Daily Mail states that the talented actress earned a purported $1.1 million of that sum for the third season of Gossip Girl.