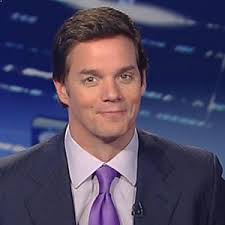 The resident of States, William George “Bill” Hemmer, reportedly earns around $500,000, as his yearly salary from the network, and as of 2019, he reportedly has an estimated net worth of over $4 million. He was in a relationship with model and actress Dara Tomanovich until 2013.

William George “Bill” Hemmer was born on 14 November 1964 in Cincinnati, Ohio to William R. Hemmer and Georganne M. Knittle. As per his nationality, he is American and belongs to the White ethnic group. Further, Bill’s star sign is Scorpio. Hemmer is the second son of his parents.

Bill Hemmer completed his schooling from Our Lady of Victory Catholic Parochial School and later graduated from Elder High School in Cincinnati. After graduation, he attended Miami University and acquired his degree Bachelor’s degree in Arts and Broadcast Journalism.

Hemmer and a friend started a radio program during his senior year in Elder, playing 15 minutes of music before classes began. He interned the news world as a radio jockey for Mama Jazz at WMUB-FM and WOXY-FM. His success with the radio paved the way for Bill to get into channels like CNN, and Fox News Channel as a morning co-anchor of America’s Newsroom.

Bill Hemmer Personal Life; Who is his Girlfriend? 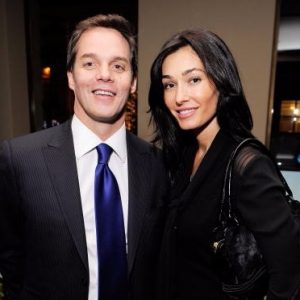 Bill Hemmer is a Roman Catholic and a supporter of Iraq and Afghanistan Veterans of America.

Bill Hemmer was previously involved in a romantic relationship with model and actress, Dara Tomanovich. The couple dated for 8 years from 2005 to 2013 and then broke up.

After separating from Dara, there was no information found about Bill being in an open relationship or dating someone.

Other than being a famous journalist, Bill is quite popular in social media with an enormous number of followers.

Hemmer covered the bombing of the 1996 Olympics in Atlanta and aftermath of the attacks of World Trade Center site. When the war began, he traveled to Kuwait to report on escalating tensions in Iraq and stayed on site to cover Operation Iraqi Freedom. He covered the Democratic and Republican conventions and served on election night as one of CNN’s prime-time anchors in 2004. 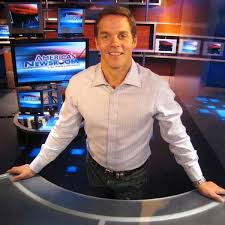 In addition, Bill also covered live footage of the death of Pope John Paul II from Vatican City in 2005. Bill received Emmy Award for his work-performance on CNN’s coverage at the Centennial Olympic Park bombing in Atlanta in 1996. After that, he joined Fox News in August 2005.

Hemmer has covered many important events like Hurricane Katrina aftermath, the 2006 Israel-Lebanon crisis, the Iraq War. During his visit to Iraq War Troop Surge, he interviewed Generals David Petraeus and Raymond Odierno and AmbassadorRyan Crocker.

More recently, Bill was the lead reporter and anchor of the tragic shooting in Newtown, Connecticut at the Sandy Hook Elementary School and the Boston Marathon bombing site in April 2013. He is the anchor of America’s Newsroom from 9-12 A.M. Sandra Smith was his current co-host; her predecessor was Shannon Bream.

Olivia Harlan, Eboni K.Williams, Jimena Sanchez, Dick Stockton are among the best-reporters that have worked or are working for FOX Group.

Bill Hemmer Net Worth in 2019; How much is his Salary? 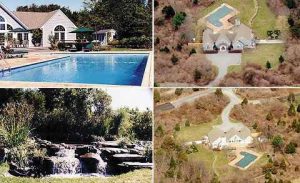 The American reporter/journalist William George “Bill” Hemmer has an estimated net worth of $4 million, as of 2019. Furthermore, the reporter receives an annual salary of $500,000 from his successful reporting career with Fox News.

Further, Fox News reporter receives an added sum of money from his radio and TV guest appearances as a sports pundit too.

William George “Bill” Hemmer works alongside Sandra Smith at Fox News. And as of now, Sandra Smith reportedly receives an annual salary of $300,000.

Bill Hemmer is a successful journalist and earns a handsome amount but when it comes to living, he lives in Suffolk County, New York, United States, which is a suburban area of New york.

He owns a spacious house in Suffolk.