Big Chief Net Worth – Commonly known as the Big Chief, Justin Shearer is one of America’s famous street racers and a reality TV personality best known for his roles in the Discovery channel reality program Street Outlaws. 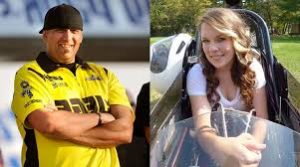 Justine who was born in Louisville, Kentucky in America on December 9, 1980, had a strong passion for street racing from his childhood and this passion moved him to the street at the age of nine where he had his first experience of racing.

Justin’s father had died while he was still very young and his mother single-handedly raised him alongside his brother. In an exclusive interview, he said his father was involved in motorsports and used to take him to the track and even include him when working on or racing the cars. He described life with his father as one of his favorite moments and his mother he calls the superhero that saved his life.

Big Chief’s dream from his childhood was to become a street racer himself and when he moved with his mother to the city of Oklahoma, he got the chance he needed to establish himself in the Oklahoma City street racing community even while he was attending school.

With the help and support of his mother who also managed to graduate from nursing school while training her children, Big Chief did not only build on his passion for street racing, he also learned how to ride a horse.

At the age of 12, Big Chief had already become one of the famous street racers in Oklahoma. At that time, Oklahoma street racing was a popular event watched by everyone. As a racer, he always works harder to push himself to become the biggest, strongest, fastest and smartest among his peers in the race. 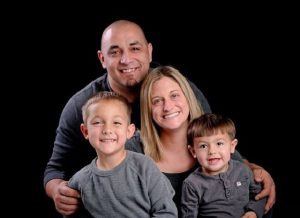 The Street Outlaws’ famed Big Chief has been married to Alicia Shearer, a respiratory therapist, since when she was just 18 years. The couple met while Big Chief was working at a gas station and became friends, they later started dating.

They exchanged marriage vows in private marriage ceremony on September 29, 2006, after a long relationship. They are blessed with two boys named Cobrin Shearer and Covil Shearer.

However, what seemed to be a blissful marriage turned sour in 2017 when rumours began to spread about the couple plans to go their separate ways. Although the couple tried a couple of times to conceal the truth about their marital rift.

It later leaked out to the public and although the reason behind the alleged separation is still unknown, the Iconic street racer is being accused of cheating on his wife with a lady named Jacklyn Braasch. He was seen hanging out with Braasch his new girlfriend.

Ambitious as he was, Big Chief began to earn money from his racing career with which he bought his first racing car- a customized 1972 Pontiac LeMans which he nicknamed “The Crow”. The car made him more passionate about his business and no matter how old it became it still was his best racing car.

Recently, he was able to completely transform his favourite car into the highest twin turbo GTO on the planet. Through his multi-year project, he was able to develop the car to have what it takes to move quickly up the list.

His car racing career further landed him into his new job as a TV personality at “Midwest Street Cars” which later became a part of the Discovery’s Street Outlaws series which was premiered on the channel in 2013.

This brought him into the limelight and earned him more money with which he used to help his mother. Today, Justin has become so popular in the race that whoever wants to reach the top position must go through him.

Big Chief has an estimated net worth of $2 million as of 2018, an amount he got mainly from his street racing career and his job on the reality TV program Street Outlaws. After being in the street race for years Big Chief is now a prominent cast of the Street Outlaws and one of the top racers of the game in Oklahoma City and the entire US.

Prior to his job on the reality TV program, the young athlete opened a merchandise shop which helped him in making a large part of his income. He also worked at a gas station when he was 18 years old.