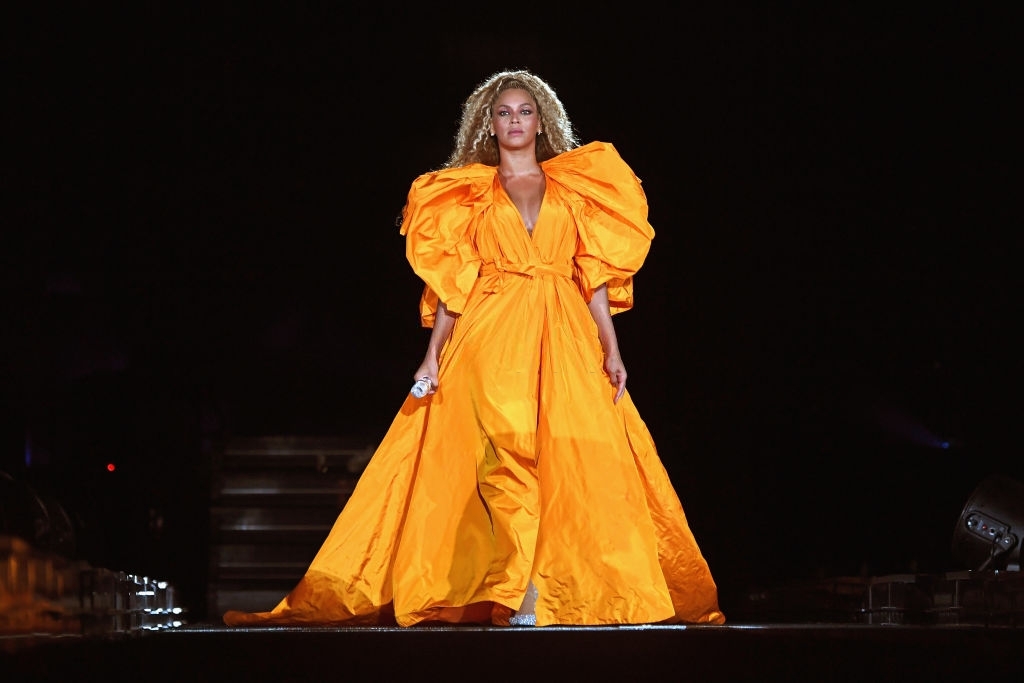 Beyoncé’s younger sister Solange is also a singer and a former backup dancer for Destiny’s Child. Solange and Beyoncé are the first sisters to have both had No. 1 albums.

When Beyoncé was eight, she and childhood friend Kelly Rowland met LaTavia Roberson while at an audition for an all-girl entertainment group.

They were placed into a group called Girl’s Tyme with three other girls and rapped and danced on the talent show circuit in Houston.

After seeing the group, R&B producer Arne Frager brought them to his Northern California studio and placed them in Star Search, the largest talent show on national TV at the time.

Girl’s Tyme failed to win, and Beyoncé later said the song they performed was not good.

In 1995 Beyoncé’s father resigned from his job to manage the group.

The move reduced Beyoncé’s family’s income by half, and her parents were forced to move into separated apartments.

Mathew cut the original line-up to four and the group continued performing as an opening act for other established R&B girl groups.

The girls auditioned before record labels and were finally signed to Elektra Records, moving to Atlanta Records briefly to work on their first recording, only to be cut by the company.

In 1996, the girls began recording their debut album under an agreement with Sony Music, the Knowles family reunited, and shortly after, the group got a contract with Columbia Records.

Beyoncé and Jay-Z welcomed a baby daughter, Blue Ivy Carter, on January 7, 2012. The couple spared no expense to maintain their privacy during this special time, renting out a floor of New York’s Lenox Hill Hospital.

In February 2017, Beyoncé announced on Instagram that she and Jay-Z were expecting twins. Later, the iconic shot was revealed to be the year’s most-liked Instagram post, with 11.1 million fans offering their approval.

Her singing talent was discovered when dance instructor Darlette Johnson began humming a song and she finished it, able to hit the high-pitched notes. 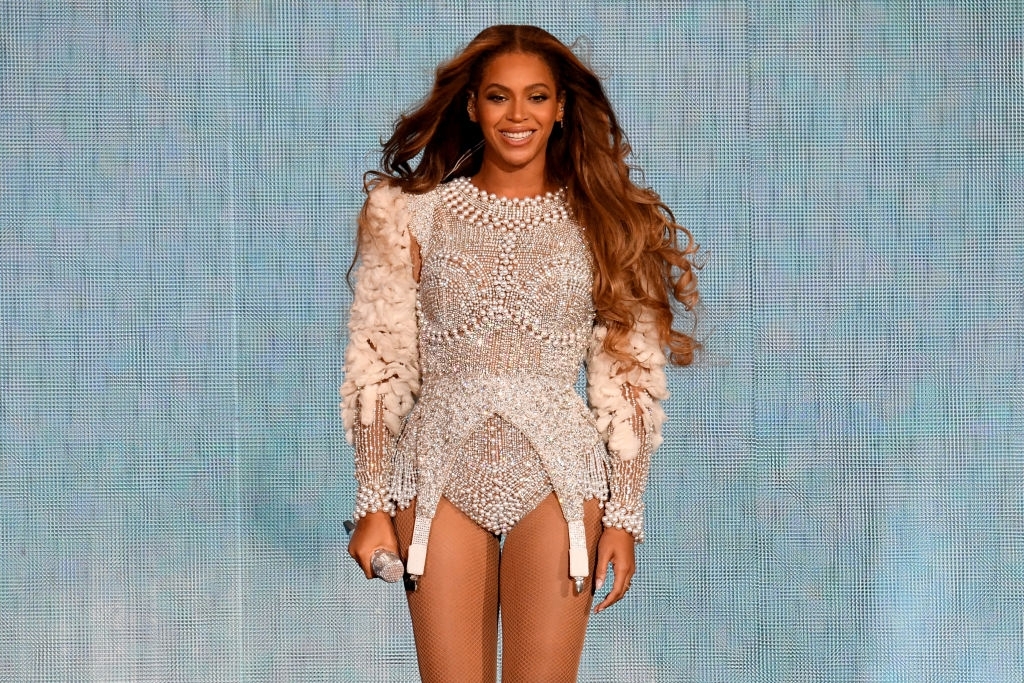 She started singing at an early age, competing in local talent shows, and winning many of these events by impressing audiences with her singing and dancing abilities.

Teaming up with her cousin, Kelly Rowland, and two classmates, Beyoncé formed an all-female singing group.

Her father, Matthew Knowles, served as the band’s manager. The group went through some name and line-up changes before landing a record deal in 1997 with Columbia Records.

Destiny’s Child soon became one of the most popular R&B acts, with the release of their first, self-titled album.

Gaining momentum, the group scored its first No. 1 single on the pop charts with “Bills, Bills, Bills,” off their second album. The recording also featured another smash hit, “Say My Name.”

While enjoying her group’s success, Beyoncé began exploring other projects.

She made her acting debut in 2001 with a starring role in MTV’s Carmen: A Hip Hopera. She then co-starred with Mike Myers in the Austin Powers spy parody Goldmember the following year.

On the musical front, Beyoncé took center stage as a solo artist, releasing her first album, Dangerously in Love, in 2003. The recording became a huge success for her both commercially and critically.

It sold millions of copies and won five Grammy Awards. On the album, Beyoncé worked with a number of different artists, including Missy Elliott, Sean Paul, and Jay-Z.

She was rumored to be dating Jay-Z around this time, but the couple did not publicly acknowledge their relationship.

On her own, Beyoncé continued to enjoy great success. Her second studio album, 2006’s B’Day featured such hits as “Irreplaceable” and “Deja Vu.”

On the big screen, she starred opposite Jennifer Hudson, Jaime Foxx, and Eddie Murphy in Dreamgirls. The film was adapted from the hit Broadway musical of the same name.

Indeed, Beyoncé more than redeemed herself in the public eye at the Super Bowl on February 3, 2013.

During the event’s halftime show, she took the stage and wowed the crowd, joined by her former Destiny’s Child bandmates Rowland and Williams for parts of her performance.

Beyoncé also announced that her next major tour would start in the spring of 2013.

In February 2017, a pregnant Beyoncé delivered a surprise performance at the Grammys, singing songs from Lemonade amid a swirling spectacle of lights, holograms, and backup dancers.

Although she lost the coveted Album of the Year Grammy to Adele, she did take home two awards, for Best Urban Contemporary Album and Best Music Video.

Known as “Queen Bey,” the famed singer readied to take on the role of a different queen with the November 2017 announcement that she was headlining a remake of Disney’s The Lion King.

Scheduled for a 2019 release, the live-action reboot of the 1994 animated hit will feature Beyoncé as Nala, the budding love interest of the titular character, to be played by Donald Glover.

Shortly afterward, it was revealed that Queen Bey also reigned as the highest-earning female musician of the year.

According to Forbes, Beyoncé snagged $105 million in pretax income from June 2016 through June 2017, a number that easily outpaced the earnings of fellow divas Adele ($69 million) and Taylor Swift ($44 million).

Forbes attributed the windfall to the success of Lemonade and the singer’s Formation World Tour, which grossed approximately $250 million.

In March 2018, reports surfaced that Beyoncé was working on new music and preparing to hit the road with Jay-Z.

Following a false alarm in which a tour announcement appeared and quickly disappeared from her Facebook page, the power couple officially announced that they’re On the Run II (or OTR II) Tour would kick off in Cardiff, Wales, on June 6. 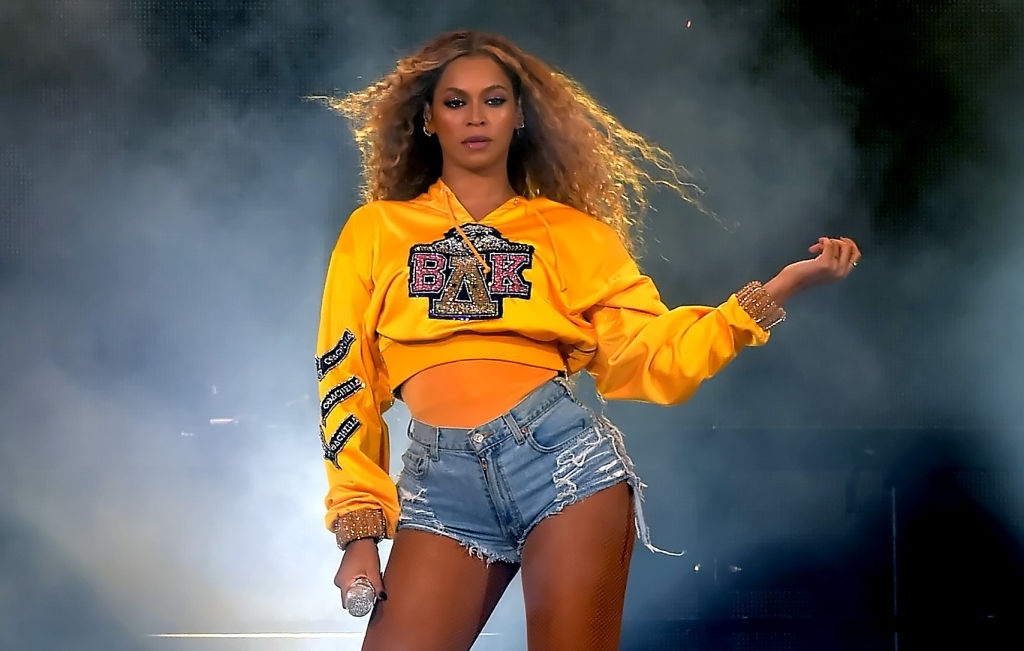 She has a net worth of $150 million dollars