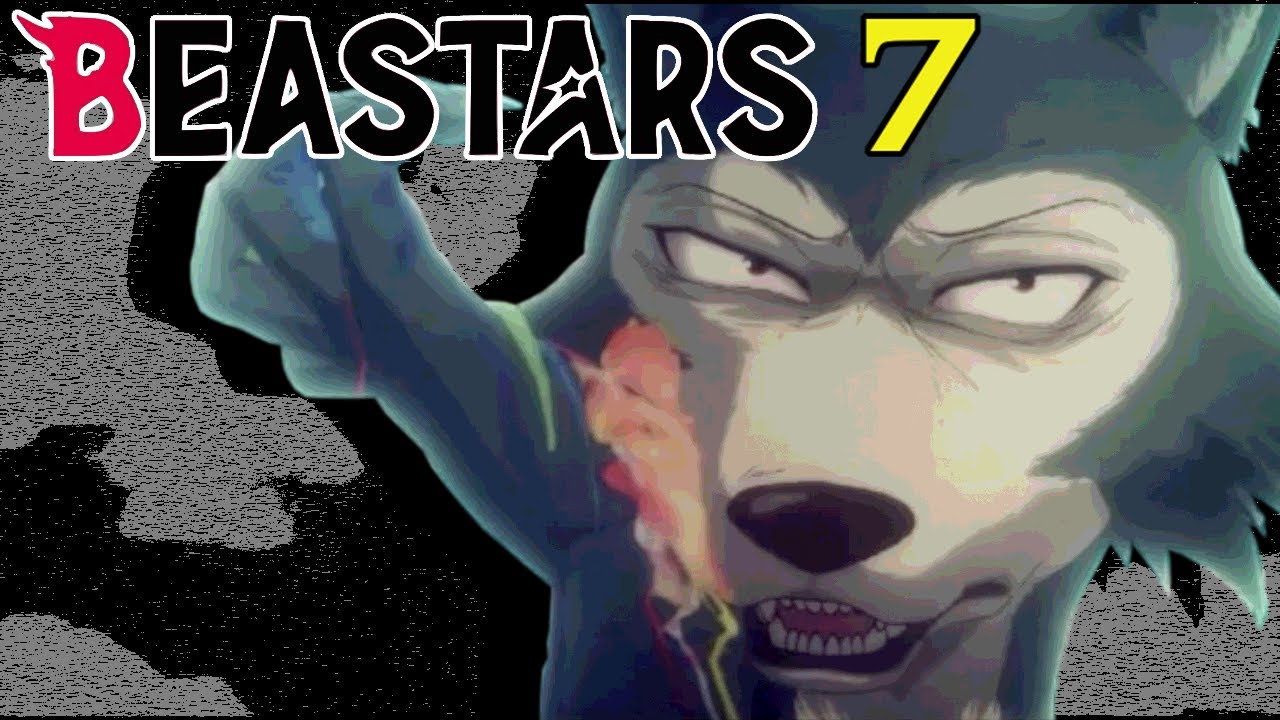 Beastars Episode 7 is developed from a Japanese manga series written and illustrated by Paru Itagaki, ‘Beastars’ tells the story of a world populated by urbanized, anthropomorphic animals. But there is a distinct divide between the carnivores and herbivores, which serves as the main source of conflict in the show. Continue reading for more details on Beastars Episode 7. 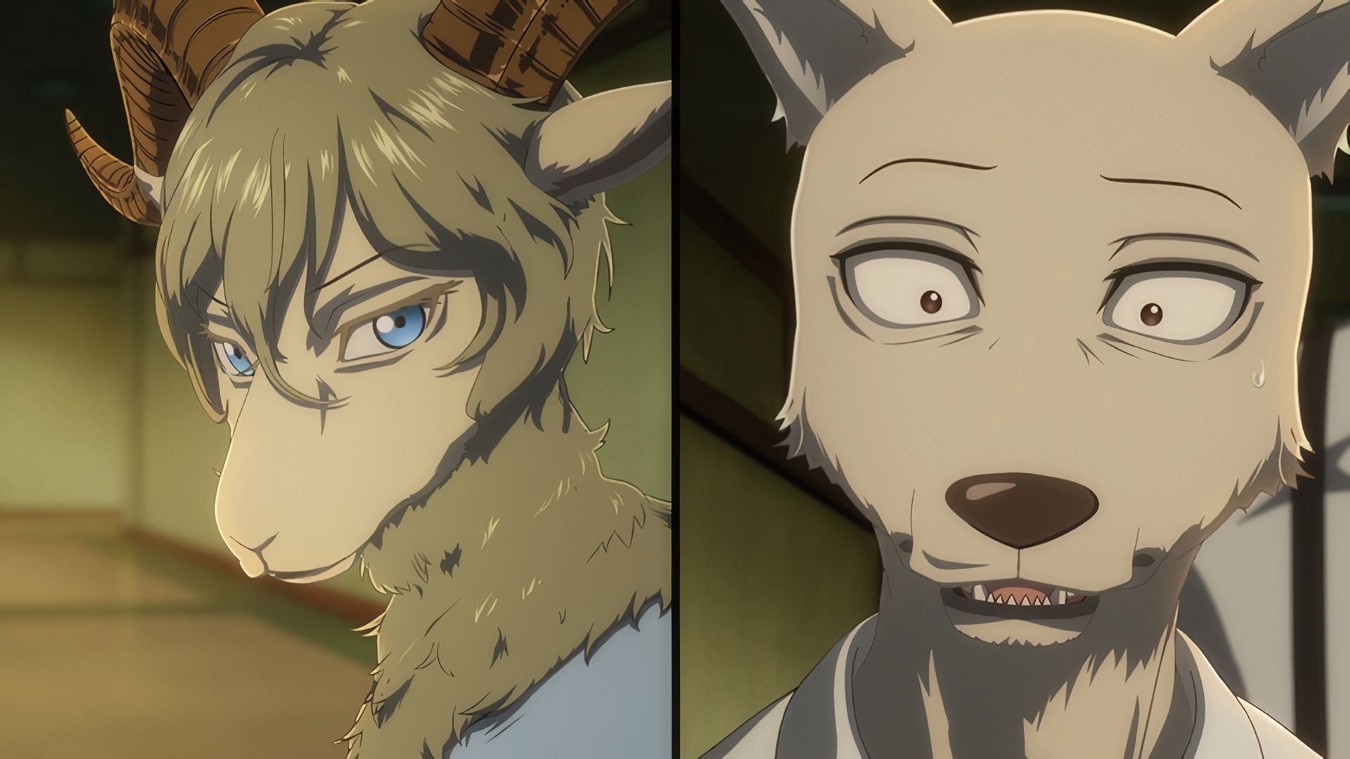 The male protagonist of the series, a young gray wolf, named Legoshi, decides to do his part in narrowing the divide by swearing to protect the herbivores.

‘Beastars’ season 2 episode 7 is set to premiere on February 18, 2021. The anime has been developed by Orange Studios, with Shunsuke Hosoi, Hyuntae Kim, Kiyotaka Waki, and Yoshinori Takeeda (representing Fuji TV) serving as producers.

However, viewers outside Japan will have to wait until July 2021 to watch the anime’s sophomore season.

Fans of the show can watch the English dubbed version of ‘Beastars’ season 1 on Netflix. Spanish, Portuguese, German, French, and Italian subtitled versions are available on Netflix in the respective regions, where the languages are predominantly spoken.

In episode 6, although Louis holds him at gunpoint, his father doesn’t sign the papers. The older stag tells his son that he knows that Louis can’t pull the trigger.

He also tells Louis to come back when he is ready to do that. Later, Louis meets Cosmo at a bar. They both speak about their respective experience in the black market.

Meanwhile, Legoshi continues to train under Gohin and gradually starts gaining control over his senses. During each session, Gohim puts the wolf’s mind under immense pressure by locking him in a room with a herbivore carcass.

Later, Gohin learns that Legoshi buries carcasses every time he is done with them and realizes that the young wolf has a real chance of succeeding in his objectives.

At school, Haru comes to speak to Legoshi. She is still agitated with him because of their last encounter. During their conversation, one thing leads to another, and Legoshi asks Haru to marry him.

He quickly adds that they don’t have to do it immediately. Exasperated, Haru tells Legoshi that he has a habit of rushing things.

Later, Legoshi discovers his jaw strength has significantly diminished after Bill easily defeats him in a tug-of-war game. In Beastars Episode 7, Legoshi might find out why he is losing his strength.

Louis might continue to work towards making the Shishigumi a force for good.

Beastars Episode 7 begins with Legoshi finding himself sitting next to Legom, a hen who lays eggs that happen to be used for Legoshi’s favourite egg sandwiches. 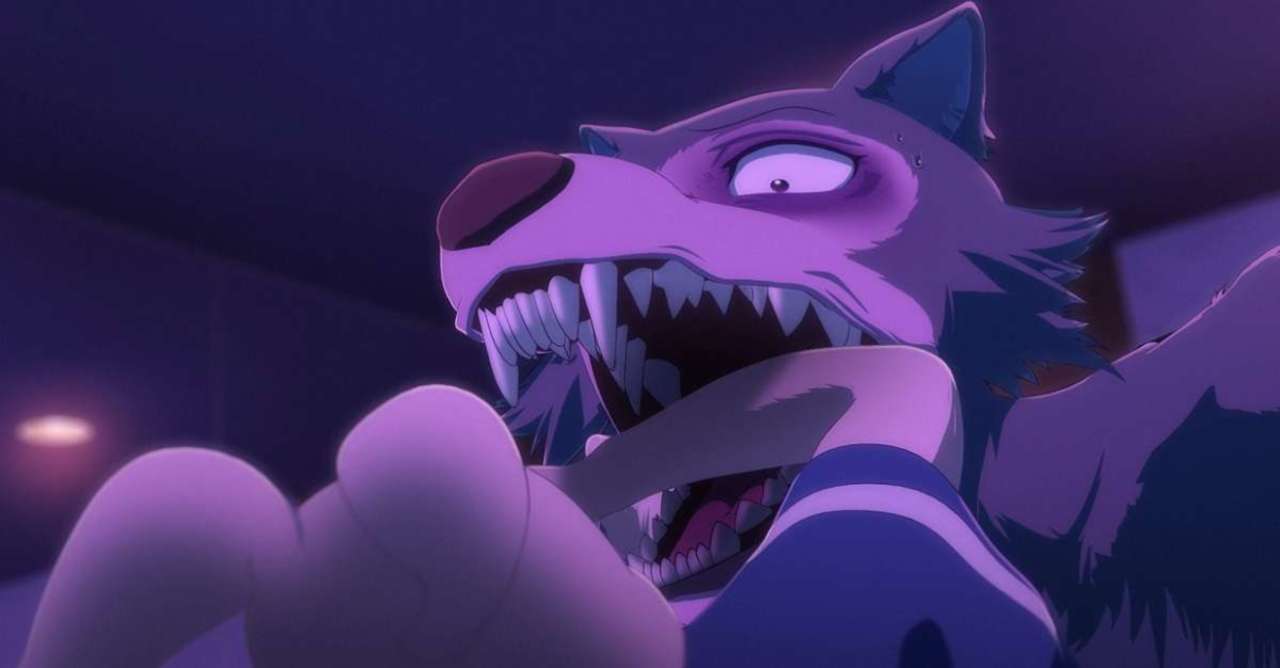 After this humorous but bizarre opener, we return to a slick vision of Haru in the past as we see her hooking up with Rouis again.

It turns out this all started when he gave Haru some cash to let him stay with her while his horns re-grew.

In the present, Legoshi heads off to see Haru but runs into Rouis in the process. He tells the deer that he wanted to see the dwarf rabbit, unbeknownst to her that she’s listening on the other side of the door.

Rouis talks to Legoshi and tells him he should spend time with his own kind – Juno to be precise. He leads him away but in doing so, he can’t help but sense Haru’s scent lingering on him.

At drama club,Juno asks Legoshi for help with her dancing and as he takes off his jacket, we see her start to fall for him.

After this late night stint, in his dorm room Joe confronts Legoshi surrounding the adult magazine he picked up from the panda last Beastars Episode 7.

Legoshi admits that he wanted to explore his feelings from different avenues and continues to dance around the idea of being in love with Haru,

As the episode closes out, Legoshi spots Rouis with Haru while he’s painting and it’s enough to realize once and for all that he’s in love with her.

With this love triangle seemingly about to play out, there’s an interesting dynamic at play here that sees Rouis at the center of most of the drama here.

There’s a predatory side to him and this is interestingly juxtaposed against him being a prey, which is a really smart move on the part of the creators.

Quite what will happen next remains to be seen but I’m sure Legoshi won’t be best pleased when he finds out what’s happened between Rouis and Haru in Beastars Episode 7.

You should never judge an anime based on its animation style and characters, and ‘Beastars‘ is the perfect example of that.

For the uninitiated, it is simply about a world in which anthropomorphic animals exist. With its highschool setup and humanlike characters, ‘Beastars Episode 7 might come off as a slice-of-life anime.

And though it does have a fair bit of feel-good moments, it is far darker than you initially expect it to be.

Throughout its runtime, it deals with several themes that hold relevance in the modern world including racism, bullying, trafficking, and much more.

And thankfully, it does so without forcefully instilling any kind of metaphors or comparisons with real events of any kind.

With a tinge of high school hijinks, realistic romance, and a whole lot of drama, the show leads to a bittersweet yet satisfying ending.

We’ll be discussing more Beastars Episode 7 conclusion further down in this article, but before that, let us walk you through its core themes in context with its intriguing characters.

Realizing how different they are, Haru and Legoshi try their best to keep their distance. But somehow, they keep finding their way back to one another.

In the last episode, despite all the awkwardness and differences between them, Haru finally begins to understand how she truly feels for Legoshi, and in the meantime, Legoshi seems to be sure that he only wants to be with her.

The final moments of Beastars Episode 7 depict Haru’s insecurities and how she begins to feel extremely small compared to carnivores.

All this while, she didn’t care about being bullied and kept her insecurities in check by never really getting close to anyone.

But after realizing that she’s really into Legoshi, she feels jealous and tiny compared to Juno, who is another grey wolf trying to get Legoshi’s attention.

Legoshi later goes looking for her and tries to tell her how he truly feels, but she still worries what the world will think of them and how they’ll deal with their own natural instincts.

More determined than ever, Legoshi affirms that he won’t let anything get in their way and he’ll make sure that his instincts are under his control.

The world of ‘Beastars’ is culturally split between carnivores and herbivores. The two types of species are legally abided to co-exist and live in peace without harming the other.

This law, of course, protects the herbivores and forces the carnivores to suppress their natural instincts.

Even the main character of the series, Legoshi is a carnivore by origin. Being the towering, grey, and vicious-looking wolf that he is, most students of his school often judge him and some even fear him.

However, he turns out to be the complete opposite of that. He is a calm, gentle and harmless wolf who tries his best to completely suppress his natural instincts.

The ones who know Legoshi often laugh at him for being the opposite of what he looks like and the ones who don’t simply assume that he’s a brutal carnivore who wants to devour them.

Conflict of themes in Beastars Episode 7

Regardless of how kind he tries to be, he is often stereotyped and at times, even labeled as a murderer.

Another character who goes through a similar cognitive dissonance is Louis. For most students of the school, he is a popular and confident herbivore who fears no one. 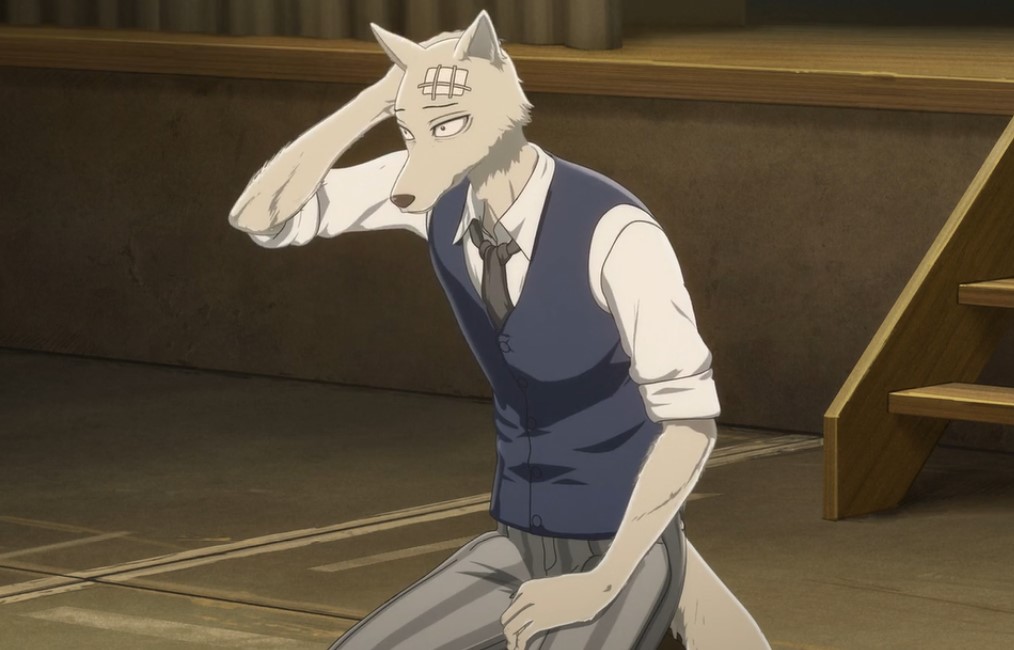 People even label him as the “Beaster,” an individual who unites all the species and never differentiates one from the others.

But his past suggests that he, too, wishes to be strong and huge like carnivores and his celebrity status in school is simply a reflection of how much he craves being strong and huge.

Haru, the female protagonist, is a white dwarf rabbit. She is often looked down upon, bullied and even slut-shamed, but no one realizes what she goes through.

After being pictured as a small and weak individual all her life, Haru simply starts having sex with every guy she meets to get some sort of validation.

Her side of the story reflects on how feelings of gratification can often be mistaken for self-acceptance.

Her promiscuity becomes the talk of the town but she reaches a point where she even stops caring. Seeking validation from others only forces her to move away from the ones who actually accept her the way she is.

But eventually, after spending enough time with Legoshi, she begins to realize that there are better people out there who won’t judge her for her appearance and will accept her the way she is.