Barack Obama Siblings – As former president of the United States of America, it’s only normal that people would be curious about him, his roots and what he is all about. So today it’s time to find out more about the people closest to him… his family, beginning with Barack Obama’s mother 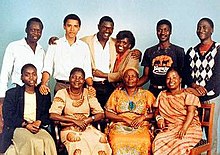 Her name was Ann Dunham and she was born in Wichita, Kansas. Ann was an American anthropologist and she spent most of her adult life in Hawaii and Indonesia. Barack Obama’s mother was an accomplished woman before her death. It just goes to show that the apple doesn’t fall far from the tree.

She got a bachelor’s of anthropology, masters, and Ph.D. in anthropology from East-West Center. This was at the University of Hawaii at Manoa in Honolulu. She also attended the University of Washington at Seattle from 1961–1962. After, that she developed an interest in craftsmanship, weaving and the role of women in cottage industries.

Barack Hussein Obama Sr. was born on 18 June 1936. He was a Kenyan senior governmental economist. He was selected for a special program to attend college in the United States. This enabled him to study at the University of Hawaii. That was where he met Barack Obama’s mother and the two got married in 1961.

After he divorced Barack Obama’s mother, he remarried and divorced again. Nevertheless, he was also quite accomplished in his field, but towards the end of his career, he got into a bit of trouble. Obama Sr. first worked for an oil company, before beginning work as an economist with the Kenyan Ministry of Transport.

He gained a promotion to the senior economic analyst in the Ministry of Finance and had some disagreements with  Kenyan President, Jomo Kenyatta which led to him being fired and blacklisted. During his last years on earth, he was involved in 3 serious auto crashes and the last one claimed his life in 1982.

Well, Obama actually has a very large family; he has a total of 8 half-siblings from his mother’s two marriages and his father’s four. Here is a list of all his siblings from the oldest to the youngest.

Maya Kassandra Soetoro was the product of a union between Ann Dunham and Indonesian Lolo Soetoro who she remarried in 1965. Then came the last of the brood, George Hussein Onyango Obama in 1982 from a relationship with fellow Kenyan, Jael.

Barack Obama was the 44th president of the United States, and the first African American to serve in the office. First elected to the presidency in 2008, he won a second term in 2012. 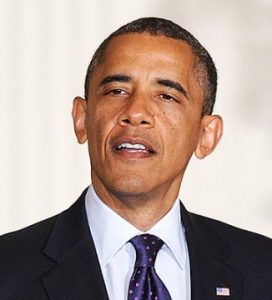 Barack Hussein Obama II was born in Honolulu, Hawaii, on August 4, 1961. His mother, Ann Dunham, was born on an Army base in Wichita, Kansas, during World War II. After the Japanese attack on Pearl Harbor, Dunham’s father, Stanley, enlisted in the military and marched across Europe in General George Patton’s army.

Dunham’s mother, Madelyn, went to work on a bomber assembly line. After the war, the couple studied on the G.I. Bill, bought a house through the Federal Housing Program and, after several moves, ended up in Hawaii.

While living with his grandparents, Obama enrolled in the esteemed Punahou Academy, He excelled in basketball and graduated with academic honors in 1979. As one of only three black students at the school, Obama became conscious of racism and what it meant to be African-American.

He later described how he struggled to reconcile social perceptions of his multiracial heritage with his own sense of self: “I noticed that there was nobody like me in the Sears, Roebuck Christmas catalog… .and that Santa was a white man,” he wrote. “I went into the bathroom and stood in front of the mirror with all my senses and limbs seemingly intact, looking as I had always looked, and wondered if something was wrong with me.”

Obama also struggled with the absence of his father, who he saw only once more after his parents divorced when Obama Sr. visited Hawaii for a short time in 1971. “[My father] had left paradise, and nothing that my mother or grandparents told me could obviate that single, unassailable fact,” he later reflected. “They couldn’t describe what it might have been like had he stayed.”

Ten years later, in 1981, tragedy struck Obama Sr. when he lost both of his legs in a serious car accident. Confined to a wheelchair, he also lost his job. In 1982, Obama Sr. was involved in yet another car accident while traveling in Nairobi. This time, however, the crash was fatal. Obama Sr. died on November 24, 1982, when Obama was 21 years old. “At the time of his death, my father remained a myth to me,” Obama later wrote, “both more and less than a man.”

After high school, Obama studied at Occidental College in Los Angeles for two years. He then transferred to Columbia University in New York City, graduating in 1983 with a degree in political science.

After working in the business sector for two years, Obama moved to Chicago in 1985. There, he worked on the impoverished South Side as a community organizer for low-income residents in the Roseland and the Altgeld Gardens communities. 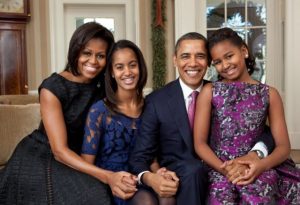 Barack Obama is the 44th president of the United States, born in Hawaii and primarily raised by just his mother. Obama is also a Harvard Law School graduate and former lecturer at the university.

He won a Nobel Peace Prize in 2009 and currently remains among few presidents to do so.