Bam Margera Net Worth – Jackass’s fans were pretty confused when a wrestler, Hulk Hogan tweeted a picture with Bam, stating that he was dead. Thank God, the Jackass star is very much alive and living happily with his family.

Brandon Cole Margera aka Bam is a professional skateboarder, stunt performer, filmmaker, musician, and television personality. He rose to prominence after appearing in MTV’s Jackass and has since appeared in MTV’s Viva La Bam. 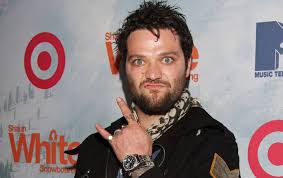 His real name is Brandon Cole Margera, he was born in West Chester Pennsylvania on the 28th day of September 1979. Bam’s mother’s name is April Margera (nee Cole) while his dad is Phil Margera.

The renowned skater is of American nationality but has a mixed ancestry of Italian, Welsh, English, and German. His brother Jess Margera is a drummer for a band known as Camp Kill Yourself. 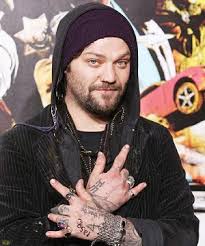 Phil broke down and cried on Family Therapy with Dr. Jenn when he came to realize that his parenting impacted negative vibes on his son Bam. Phil promptly apologized to Bam and set the Margera family on the road to essential healing.

The filmmaker and his longtime girlfriend Jenn Rivell got engaged on the 5th of June 2003. The duo made appearances in several episodes of Viva La Bam but by April 2005, the engagement was off. He then got engaged to American actress, model, and photographer Missy Rothstein in 2006 and they made it to the altar in downtown Philadelphia on the 3rd of February 2007.

Bam’s drinking habit and womanizing tendency became a big issue in his marriage. It was so serious that they had to resort to counseling to try to salvage their relationship, all to no avail.

They finally called it quits in 2012. The artist’s next marriage was to Nicole Boyd, they tied the knot in Reykjavík, Iceland on the 5th of October 2013 and welcomed their first offspring Phoenix Wolf just before Christmas on the 23rd day of December 2017. 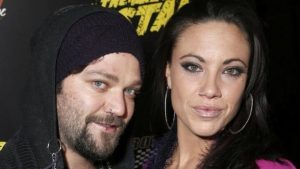 The only reason Bam enrolled in a high school was that his friend Chris Raab was there, the moment Chris got suspended from school, Bam followed suit by dropping out in ninth grade.

His parents later convinced him to go for his GED which he did. During his days in high school, he was featured in articles in Jeff Tremaine’s Big Brother magazine and along with his brother Jess and his peers Brandon DiCamillo, Ryan Dunn and Chris Raab, the young filmmaker made CKY videos.

In 2000, Jeff Tremaine went into a deal with MTV to start a TV show titled Jackass with Bam getting a spot on it. The Jackass show only lasted a couple of years but Bam went ahead to star in the Jackass film and later launched his own reality TV series titled Viva La Bam.

The series featured his family and CKY members which include his close friend Ryan Dunn who later died in a road mishap. Presently, the television personality has his own game show titled Bam’s Badass Gameshow.

It is believed that Bam Margera’s current wealth emanated from his stint in sports and the entertainment industry. Bam’s assets include; a $5 million house in LA, a BMW worth $50,000 and his house in West Chester known as Castle Bam worth $1.2 million.