Aubrey Plaza Best Movies and Net Worth – Aubrey Plaza is an American actress and comedian who has gained popularity with her deadpan-style comedy. 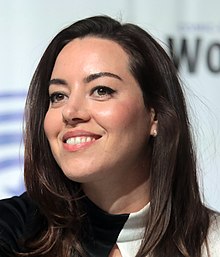 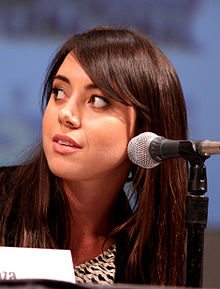 Parks and Recreation – in 2009 the actress has her first recurring role. April Ludgate is an intern, who makes a career and becomes the Deputy Director of Animal Control. Acting as April, Aubrey showed that she could turn the supporting role into the title one. Her heroine became popular due to charisma of Aubrey and her talent as a comic.

For her April Ludgate an actress got numerous awards and nominations. But that list seemed to be too short for an actress and during the ceremony of MTV movie awards the actress crashed into the stage and tried to take the pop corn statue from the hands of Will Ferrell, who had just got it. Aubrey Plaza MTV movie awards accident was not planned. After that the actress had to leave the audience.

Life after Beth – this Aubrey Plaza film was released in 2014. She acted as Beth Slocum. The plot of the movie is quite unusual. The actress played supporting role. The film was supposed as a romantic comedy, but it got modest reviews from critics.

Dirty Grandpa – this movie was released not long ago but has already become a box office hit. Of course, it became popular mostly due to Oscar winning Robert De Niro. The other talented actors like Zac Efron and Zoey Deutch also tried their best to make the movie funny and interesting.

Aubrey Plaza heroine, Lenore, played supporting role. She was the love interest of De Niro and the duo of two great comics made the spectators laugh every minute of the film. 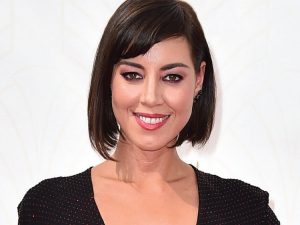 Aubrey Christina Plaza was born in 1984, on the 26th of June. Her birthplace is Wilmington, Delaware, so she is American, although she has Irish and Puerto Rican roots. Her mother, Bernadette Plaza, made her fortune as an attorney. Her father, David Plaza, was a stockbroker.

The future star grew up with two younger sisters, Natalie and Renee. Later she told that her sister Natalie was her inspiration and the prototype for her heroines.

Aubrey has an unusual name. She told it was her mother, who invented this strange name. Thus the song of her favorite band was called.

From the very childhood the girl showed her talent to acting. She attended Ursuline Academy. After that she entered Tisch School of the Arts, where she got Bachelor degree.

During her studying at school, Aubrey had a sudden stroke and was contemporary paralyzed. She recovered but this event was shocking for Aubrey. She felt that she had got another chance and should use it to make something important in her life.

Aubrey Plaza started her career in 2004. At first she was a theater actress. A year later she got the role in TV series “Criminal Minds”. In 2006 she participated in “College Humor Originals”.

Producers noticed the talent of an actress to make people laugh. Thus gradually Aubrey was turned into comedienne. And she was not against it as she liked to be funny and was not afraid to look funny. 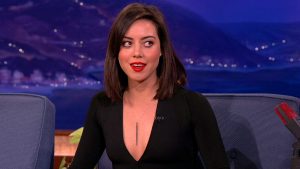 In 2002, she received the Lions Club Wilmington Teen of the Year Award.

In 2012, she has received the ALMA Award for Favorite Movie Actress – Comedy/Musical.

She has also been nominated in 2014 for American Comedy Award and for EDA Special Mention Award in 2017.

Aubrey Plaza’s net worth is currently placed in the range of $3 million to $6 million.