Ashley Judd Best Movies TV Show and Net Worth – Ashley Judd is an American actress and political activist. She has appeared in the leading role in films including ‘Ruby in Paradise’, ‘Norma Jean & Marilyn’, ‘Double Jeopardy’ and ‘Where the Heart Is’. 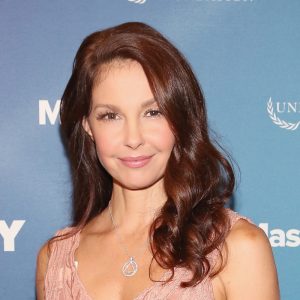 Additionally, she has an elder sister Wynonna who is a country singer. Throughout most of her childhood years, she grew up in Kentucky. She became interested in the world of acting since her childhood years. She is of American nationality

Talking about her education, Judd attended 13 schools before college. She attended schools including Sayre School, Paul G. Blazer High School, and Franklin High School among others.

She is an alumna of the sorority Kappa Kappa Gamma at the University of Kentucky. There, she majored in French and minored in anthropology, art history, theater, as well as women’s studies.

Additionally, she graduated from the UK Honors Program. Furthermore, she also received an Honorary Doctor of Humane Letters from Union College which is located in Barbourville, Kentucky.

A popular lawyer Claire finds the twist of her life when she finds her husband, who has been living under a false name, is arrested by military police and placed on trial for the murder of villagers while he was in the Marines. Starring Morgan Freeman, Ashley Judd, and Adam Scott, the film is directed by Carl Franklin.

A war veteran finds himself holed with a lonely woman inside a spooky motel room. The thin gap between the real world and its other end vanishes as they uncover the bug infestation. It is directed by William Friedkin. It stars Ashley Judd, Michael Shannon, and Lynn Collins.

A bad deed ends up in an unusual punishment for a hockey player. He must now work as a tooth fairy for 1 week. It stars Dwayne Johnson, Ashley Judd, Julie Andrews and Stephen Merchant. This film is directed by Michael Lembeck. 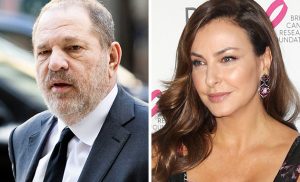 Ashley Judd was previously in a relationship with country singer-songwriter and actor, Lyle Lovett during the early 1990s.

She also dated actor Matthew McConaughey in 1996 for a brief amount of time. In 1996, she was in a relationship with actor Josh Charles. From 1996 to 1997, she also dated singer-songwriter, Michael Bolton.

The wedding ceremony took place in Skibo Castle in Scotland. They later divorced in 2013. At present, she is believed to be single. Furthermore, she does not have children from any of her relationships. 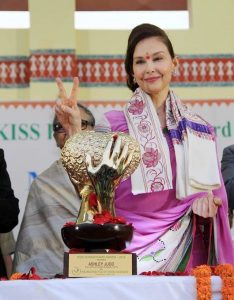 In 2000, she received a Blockbuster Entertainment Award for the category of ‘Favourite Actress – Suspense’ for the film, ‘ Double Jeopardy.

In 2009, she received an Honorary Doctor of Humane Letters from Union College in Barbourville, Kentucky.

Ashley Judd has an estimated net worth of around $ 22 million at present.