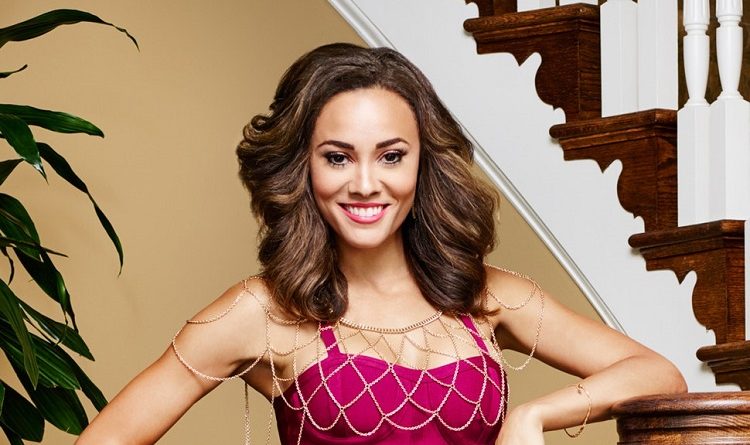 Ashley is also an entrepreneur with a passion for hospitality, Philanthropy, and a certified yoga instructor. In 2011, she won the ‘Miss District of Columbia Pageant.’vars 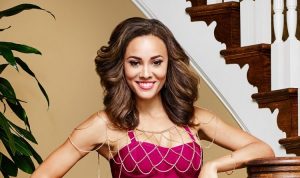 Ashley Darby was born on June 8, 1988, in Maryland, the USA as Ashley Boalch. She is married to Michael Darby since May 15, 2014. Ashely comes from the mixed ethnicity. Her father is Irish, and her mother is Africa-American.

Ashley never talked about her father with other persons.

She is the oldest in her family and raised by her single mother, Sheila Matthews. Ashley was very close to her mom. She also posted a photo of her mother on her birthday on her Instagram which clearly shows that their relationship is too sweet.

Ashley has two siblings. A younger brother named Zach and a younger sister, Jessie. In an interview, Ashley mentioned that her younger brother Zach is dating a British lady and he was moving to London for further studies.

Also, she talked about her sister that she was in school. Ashley was a little girl when her parents were separated.

Her mother, Sheila, told her that she rescue her from her father’s abusive and after they did not contact him. In 2014, Ashley graduated from the Univerity of Maryland with a Bachelor’s degree in Communication and Media Studies.

While she studied at college, she worked as a lead bartender ar the L2 Clun in Washington DC. 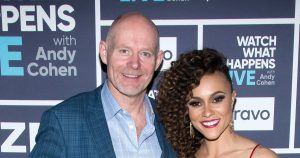 The Real Housewives of Potomac, Ashley Darby, married the real estate millionaire, Micheal Darby in 2014. Ashley’s husband is 29 years old older than her. Before marriage, the couple dated for two years.

They met in one of the bars which Micheal owned. He saw her and started chatting. Later they started, and the couple turned their relationship into a marriage.

In 2012, Ashley Darby shocked all the fans saying that she and husband Michael Darby had separated. She also revealed that Ashley and Micheal have been living apart from February 2017. She moved to her apartment in Arlington, Virginia.

She told PEOPLE that she loves Michael very much and she will find a way back together to one another.

Ashley is Step-mother of Two Children

Ashley married five years ago with Michael Darby who is 29 years her senior and became a step-mother of her husband’s two children. Michael’s children are the same age as Ashley. Her husband and his previous wife had their marriage for two decades before divorcing in 2010 from whom he had two children.

Ashley Darby has an Adorable Dog

Ashley loves dogs very much. Ashley’s Maltipoo, Geronimo is too cute. In her free time, she went outside with her Geronimo and husband. 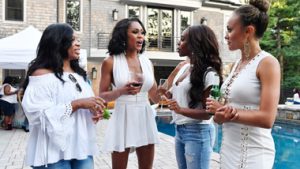 While she was in college, she did part-time to support her education as well as her family. After graduation, she continued working as a bartender. At the age of 23, she went to ‘Mis District of Columbia’ pageant and won the competition.

Next year, Ashley competed in Miss America Pageant unsuccessfully. But she was able to win the scholarship of $5000 and was awarded the John Curran Non-Finalist Interview Award.

Then in 2016, Ashley began her television career, she appeared in the reality TV show, ‘The Real Housewives of Potomac.’ Ashley is the youngest cast members of the show. The show follows six homemakers of Potomac, Maryland.

Recently, a few months ago, the third season premiered on April 1st, 2018 with Candiace Dillard joining the cast and Jackson-Jordn appearing in a friend capacity. In all season, she is the main cast members including Gizelle, Robyn, and Karen.

Apart from the reality star, she is also an entrepreneur and operates the restaurant named “Oz” in September 2015. Her husband is an Aussie and the main features of modern Australian Cuisine.

Also,  Ashley is a certified yoga instructor and advocates that balance is about inner peace as well as outer physicality. She loves yoga because it helps her silence what’s going on ‘out there’ to find solace ‘in here.’

Currently, Ashley and Michael Darby are living in D.C penthouse. After marriage, the couple moved there. The apartment has a big living room, a bedroom,  a dining room, and a rooftop.

The view from the roof is spectacular. The penthouse also has a bar area to grill barbeque, burger, etc.

Huband Michael Darby gifted Ashley a car, Porsche but she sold off because she said that she’s working on reducing her carbon footprint and blessed enough to live without a car.