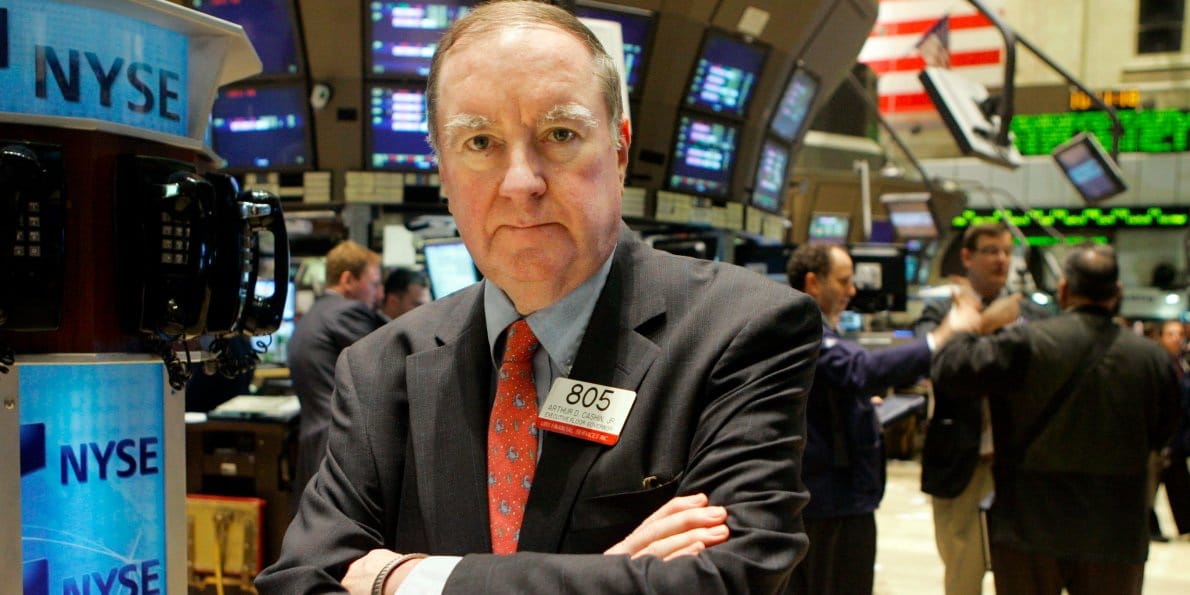 Art Cashin Net Worth – Arthur D. Cashin, Jr. was born on 7 March 1941, in New Jersey USA, and is noted as working for UBS Financial Services at the New York Stock Exchange as the Director of Floor Operations, and is also a regular markets commentator on CNBC.

When speaking about his personal life, Cashin’s wife Joan died of cancer in 1998. Sources believe he has been single ever since.

Right after his matriculation in 1959, he started to work on Wall Street, beginning his career as an assistant clerk at Thomson & McKinnon.

Five years later, he was named a partner at P.R. Herzig & Co, at 23 becoming one of the youngest men ever to become a member of the New York Stock Exchange. His net worth started to rise.

In the meantime, during the ‘60s, Cashin almost left his career as a broker, in order to pursue a singing career. Reportedly, he was part of a folk group that was supposed to sign a record deal with then ABC Paramount Records.

However, after the label’s decision to sign the musician Ray Charles instead of with Cashin’s group, his singing career ended.

In 1980, Cashin joined PaineWebber, serving as their floor operations manager. The company was merged into UBS in 2000, and Cashin eventually became the Director of Floor Operations at the NYSE.

He went on to establish himself as one of six Executive Floor Governors, which is the highest level at the NYSE.

He is also a Member of the Market Performance Committee, and of numerous exchange committees, offering valuable insights to investors and traders from around the world.

In addition to being the Director of Floor Operations, Cashin has written a daily market newsletter for traders called Cashin’s Comments, read by more than 100,000 people a day, and has provided live commentary from his market wisdom on the current market situation for CNBC.

Aside from being a contributor for CNBC, Cashin has frequently been featured on several other networks. His newsletter and CNBC commentary have also added to his wealth.

Chasin’s involvement in UBS, which has more than $612 billion in assets under management, has enabled him to amass an incredible net worth.

The Wall Street legend has served on the floor of the NYSE for more than 50 years now. He has also been a member of Mensa, the Bond Club of New York, and the Knights of Malta.