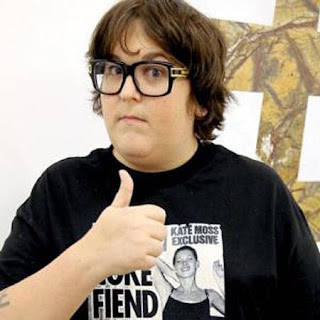 Andrew Michael Milonakis was born on January 30, 1976, in Katonah, New York, and was raised in Westchester. He was born with congenital growth hormone deficiency which makes him look and sound like an adolescent boy despite the fact that he is 41 years old.

He attended John Jay High School in Cross River, New York. During his high school years, he started using humor as a defense mechanism to escape bullying. In his own words, “If you’re a serious, fat, young-looking kid, you’re not going to be the most popular guy in high school.”

He is an actor and a comedian. Andy Milonakis is most widely recognized for his appearances on “Jimmy Kimmel Live” and for his own show, “The Andy Milonakis Show” on MTV and MTV2. He has also appeared in various films and often works as a voice over artist for cartoons.

Andy Milonakis hosted his show successfully for three seasons between June 2005 and May 2007. The first season of the show aired on MTV, and then the show moved to MTV2. While the first two seasons were filmed in New York City, he moved to Los Angeles during the final season.

The show contained absurdist sketches, animated segments and a man-on-the-street section. It also featured some of his actual neighbors from Lower East Side, Manhattan as supporting cast.

He had as guests, celebrities like hip-hop artists Lil Jon, Snoop Dogg and Akon; pop icon Hilary Duff; stand-up comedian Sarah Silverman; and professional snowboarder and skateboarder Shaun White. Jimmy Kimmel himself appeared in one episode in the second season.

Andy Milonakis, a self-professed rap lover, has been known to rap in his videos and has made guest appearances in a few music videos by artists like Lil B and Snoop Dogg. In 2008, he posted a full-fledged rap song titled ‘The Andy Milonakis Rap’ on YouTube.

After his MTV show ended, he teamed up with two other MTV alumni, Dirty Nasty and Riff Raff, and created the comedy hip hop group ‘Three Loco’. They released their debut album ‘Three Loco’ on November 27, 2012.

In September 2014, Andy confirmed on Twitter that the group has disbanded. In 2015, he met rapper Chief Keef via Twitter and became friends with him. He collaborated with Keef on the songs ‘Hot Shit’, ‘G.L.O.G.A.N.G.’ and ‘My House’.

Andy Milonakis is an American actor, writer and rapper who has a net worth of $2 million dollars.