Ami Brown Net Worth – For anyone who follows the American reality TV series Alaskan Bush People, one face to not only know but also love is Ami Brown. Since the start of the series in 2014, Ami has been an important part of it together with her entire family. In 2017, it was revealed that the actress was diagnosed with cancer. Since then fans have been on the edge as they hope she gets better. 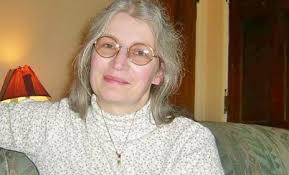 Even though we have all come to know the actress as Ami Brown, it is actually as Amora Larene Branson Brown that she was born on August 28, 1963, in the United States, Texas. As one could easily guess, it was in Alaska that she was raised by her parents- Eugene Branson and Earlene Branson. She has an elder brother with whom she grew, Les Branson.

Although not so much is known about her personal life and how she was raised, she hit the eyes of the public in 2014 when she became a part of Discovery Channel’s series Alaskan Bush People where she played the role of the mother of the family.

In the series which is now in its eighth season, Ami appears alongside her husband, Billy Bryan Brown and their 7 children, Matthew, Bam Bam, Solomon, Gabriel, Noah, Amora, and Merry Christmas.

Looking at her personal life, Ami met Billy when she was only 15 and since then, they have been together even though before the actress, Billy was once married but the union did not survive a long time.

In a Facebook post by her brother, Les claimed that Ami has been a prisoner of a domestic abuser (Billy) for many years and it had led to her isolation from her own family. According to him, she has also refused any contact with her mother because she is scared it will upset Billy.

Until 2016 when her mother tried to contact her, it was revealed by Radar Online that both Ami and Billy have ignored all efforts by her mother to speak with them since Ami got married when she was 15.

Apart from this, there have also been many reports against the entire show by Radar claiming that the Alaskan Bush People was full of many lies to fans. Nonetheless, it has continued to be successful with Ami still a major force on the series. 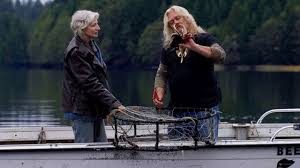 Ami earns both fame and fortune after appearing in the American reality show “Alaskan Bush People.” The show is premiered on the Discovery channel on 6 May 2014. Now a new location in Washington State and a new season has started from 19 August 2018.
It followed extended Brown’s family life. The family stays far away from modern civilization with no connection to the outer world.
Ami earns most of her wealth from the reality show. But how much is Ami’s net worth? Let’s figure out.

Since the start of Alaskan Bush People, Ami Brown has been a part of it and she has been very hard working all through it. Thanks to that, she has a net worth which has been estimated at over $500,000. The main source of her fortune as one could easily guess is from her role on the reality series for which she is said to be making between $40,000 to $60,000 as her annual salary.

In 2017 while filming promo shots for Alaskan Bush People, Ami Brown began having issues with her back and it became pretty hard for her to get around. Although the first thing that came to mind was that she was suffering from arthritis, it was found that the issue was, in fact, stage 3 lung cancer.

According to her final doctor analysis, she only had 3 percent survival chance. To take the entire chance, the family relocated to Southern California where Ami continued her treatment. As she continued with the battle, Ami reduced to 89 pounds from her previous 128 pounds.

After undergoing a couple rounds of chemotherapy at the UCLA medical center, she got good news from her doctor who revealed that the mass had been cleared from her lungs.

Cancer Update, Is She Dead?

For someone with stage 3 cancer who had only been given three percent chances of survival, there are many who had already considered it as a point of probably no return for Ami Brown. Interestingly, she beat the odds and she is still very much alive.

Not just that, she is mostly cleared of Cancer, even though she will need to keep going for screening once in a few months to ensure that the mass doesn’t come back.

As recently revealed, her cancer is not completely gone, but she is so much better than she was when she was first diagnosed. The hope of the family and fans now is that she will return totally free of cancer.