Amber Rose Net Worth – Amber Rose is one of the most colorful personalities in Hollywood today; and her life story is nothing but a series of bold decisions that not just defies but decimates stereotypes. Rose is a model and actress from Philadelphia.

As of 2019, Amber Rose’s net worth is approximately $12 Million dollars. 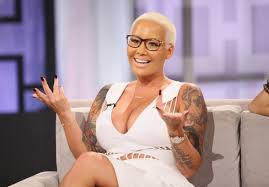 Amber Levonchuck was born on the 21st of October, 1983, in Philadelphia. She is the daughter to Dorothy Rose and Michael Levonchuck. Her father is of Italian and Irish descent and her mother is of Cape Verdean African and maternal Scottish descent from Ayrshire.

When Levonchuck was 15 years old, she began stripping under the name ‘Paris’, to provide for her family. Amber has also revealed that she attempted to sell crack cocaine during the same time she worked as a stripper but wasn’t successful. 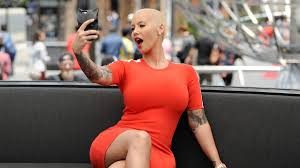 Rose began her career quite young owing to the financial condition of her family. She started her career by working as a stripper to pay for expenses. She later graduated to modeling and started getting steady gigs. Amber made her debut appearance in music videos in Ludacris’ ‘What Them Girls Like’.

Her big breakthrough came when she appeared in the Louis Vuitton print ad for Kanye’s signature footwear collection. The two started dating and made frequent appearances together in public events.

She continued to make appearances in music videos of the industry’s big names like in Young Jeezy’s ‘Vacation’, Nicki Minaj’s ‘Massive Attack’, and Fabolous ‘You Be Killin Em’.

She also featured in runway shows modeling for designer Celestino at New York Fashion Week. She also signed on with the elite Ford Models agency in 2009. In 2011, she became the face of Smirnoff promoting the company’s new Whipped Cream and Fluffed Marshmallow flavored Vodka in both TV and print commercial.

Amber started her career as a designer by launching a line of signature eyewear in 2009 under the website MuvaRose.com. She expanded her line to other fashion merchandise like bags, clothing line and jewelry. She is also a published author, with the title ‘How to Be a Bad Bitch’ coming out in 2015.