Alexis Sanchez Net Worth – Alexis Sanchez is a Chilean international footballer who owns the record for the youngest ever player to represent his country. He has also gone ahead to become the most expensive Chilean player of all time and is the country’s all-time leading goalscorer.

The forward, who is known for his energy, skills and exceptional work ethics on the field, currently plays for Manchester United, having previously played for Arsenal, Barcelona, and Udinese. 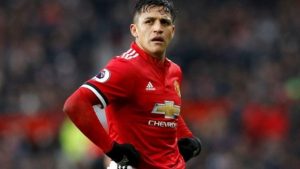 Alexis Sanchez was born Alexis Alejandro Sanchez Sanchez to Gullermo Soto Espinoza and Martina Sanchez on the 19th of December, 1988, in Tocopilla, Chile.

His father was said to not have held a job as his mother was the breadwinner, working as a horticulturist while also running a small scale business.

Listed below are the complete Alexis Sanchez body measurements details such as his height, weight, chest, waist, biceps, and shoe size.

A few months after his birth, his father abandoned the family, leaving his mother to cater to him and his siblings with the help of other relatives. One of those relatives, Mr. Jose Delaigue, eventually adopted Sanchez and helped shape him into the man he is today.

He paid for little Sanchez to attend a local youth football academy where he made up what he lacked in talent with excellent work ethic. During his spare time, Sanchez did a number of menial jobs as well as perform somersaults on the streets for a fee as a source of entertainment for onlookers.

The money he was saving up was used to pay football academy fees as well as for other miscellaneous expenses that came along with it. Sanchez occasionally had to borrow boots to play before he was eventually gifted a pair of brand new boots by the mayor of Tocopila after scoring 8 goals in a single match. Another wealthy Chilean, Mr. Luis Astorga, further took him under his wing and away from the streets and supported him with everything he needed to become the footballer he is today.

Sanchez was promoted to his youth team’s senior side Cobreloa in 2005 and he went on to join the prestigious list of teenagers to play in the Copa Libertadores. His impressive first season with the senior squad did not go unnoticed as Serie A club Udinese swooped in to sign him for a fee of £1.7 million on 21 April 2006.

The Italian club, however, loaned him to Chilean giants Colo-Colo for a season so he could gain more first-team experience. The move was an excellent one for Sanchez who now went by the nickname El Nino Maravilla, meaning The Wonder Boy. 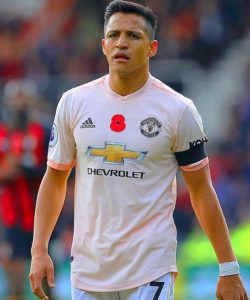 After another loan spell to Argentinian side River Plate, Alexis Sanchez left the shores of South America for the first time in July 2008 to join his parent club Udinese. Sanchez had a slow start in Italy but, however, over the next few years, he went on to build a solid partnership with Italian striker Antonio Di Natale. By 2011, he was named the world’s most promising youngster ahead of the likes of Neymar, Gareth Bale, and Javier Pastore.

His meteoric rise put him on Barcelona’s radar who by the end of the 2010-11 campaign, forked out €26 million to acquire his services. Sanchez played for Barcelona for three seasons, making a total of 141 appearances and scoring 47 goals.

His next destination was Arsenal who paid the Catalans £31.7 million. His first competitive appearance for the Gunner was against Manchester City in the Community Shield which his side won. He went on to win two more trophies in his three and a half seasons with the London side before transferring to Manchester United.

His net worth is estimated at $30 million.