Alaska the Last Frontier Atz Lee Net Worth – Have you heard about the reality TV series “Alaska: The Last Frontier”, a group of people who live in Alaska, and survive without plumbing, electricity and other relatively normal life necessities? If not, then you don’t know who Atz Kilcher is, and if yes, you have heard about Atz, but we are here to bring him to you. 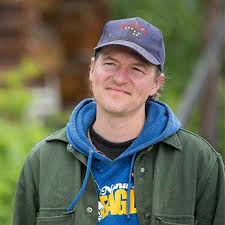 Atz Kilcher was born on the 2nd September 1947, in Homer, Alaska USA, and is the oldest of the Kilcher family, most of whom are a part of the reality TV show “Alaska: The Last Frontier”, which has aired on the Discovery Channel since December 2011. Do you want to know more about Atz’ extraordinary life in the Alaskan wilderness, his wife, children, even his parents?

Of Swiss ancestry, as his parents, Yule and Ruth Kilcher were Swiss immigrants who settled in Alaska in order to avoid World War II, Atz is the oldest of eight children, and from an early age was taught how to fend for himself and his dearest in the Alaskan wilderness.

Learning survival skills wasn’t Atz’s only interest, as he was immensely interested in music too, since his mother was a classical singer, poet and writer as well. He would later chase music as a profession, performing in clubs across Alaska, even releasing two studio albums “Valley” in 2007, and “Filled Air” in 2008. 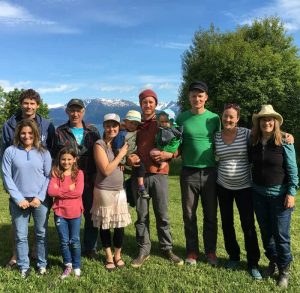 What do you know about the Kilchers in the first place? Do you know that Atz has four children and that he has married three times, and living with his third wife, Bonnie Dupree? His first wife was Lenedra Caroll, with whom he has three children, Jewel, Shane and Atz Lee Kilcher.

He and Lenedra knew each other from an early age, and were living in Utah where Atz attended Brigham Young University. There is no official information as to when the two married, but it is believed that they had a wedding ceremony in the late ‘60s; the two divorced in the early ‘80s. He has a son with his second wife Linda, named Nikos.

Bonnie Dupree was born on the 5th February 1954, in Saranac Lake, New York State USA, and is a reality TV star, best known to the world for her appearance in the show “Alaska: The Last Frontier”, next to other Kilcher family members.

Before marrying Atz, Bonnie was married to Doug Schwiesow with whom she has two children, Hannah and Karl. Doug died of cancer, and Bonnie was left in the Alaskan wilderness all alone, but soon found the Kilcher farm, and romance sparked between her and Atz. The two don’t have children together.

Let’s share some information about the Atz children – we will start with Jewel, born on the 23rd May 1974 in Payson, Utah USA, however, she spent her childhood in Homer, Alaska.

From an early age, she was interested in music, especially singing and yodeling influenced by her father. She studied operatic voice at the Interlochen Arts Academy in Michigan, but struggled to get her career going.

She made her breakthrough with the song “You Were Meant for Me”, which reached No. 2 on the Billboard Hot 100 charts, while achieved platinum status in the US and Australia as well. Her debut studio album “Pieces of You” came out in 1995, and since then Jewel has released 12 studio albums, including “Picking Up the Pieces” in 2015. 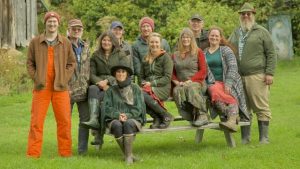 Being the patriarch of the Kilcher family, Atz has become a renowned TV personality, once the Discovery channel cameramen entered the Kilcher homestead, found 11 miles from Homer.

Living in a simple cabin with his wife and children, Atz and the rest became the stars of the new reality show, “Alaska: The Last Frontier”, which premiered on the 29th December 2011 and since when seven seasons have been aired, with the last episode on the 12th February 2018.

Alongside him in the series, we can see his wife Bonnie, his brother Otto, and Atz’ children, Atz Lee Kilcher and Shane Kilcher, and other members of the larger Kilcher family.

Although in reality Atz and the rest of the Kilchers need no money as they are actually self-sufficient, his wealth is quite impressive, earned mostly through the show “Alaska: The Last Frontier”, though his musical career also contributed his wealth.

So, have you ever wondered how rich Atz Kilcher is, as of mid- 2018? According to authoritative sources, it has been estimated that Kilcher’s net worth is as high as $7 million, which is pretty impressive don’t you think?