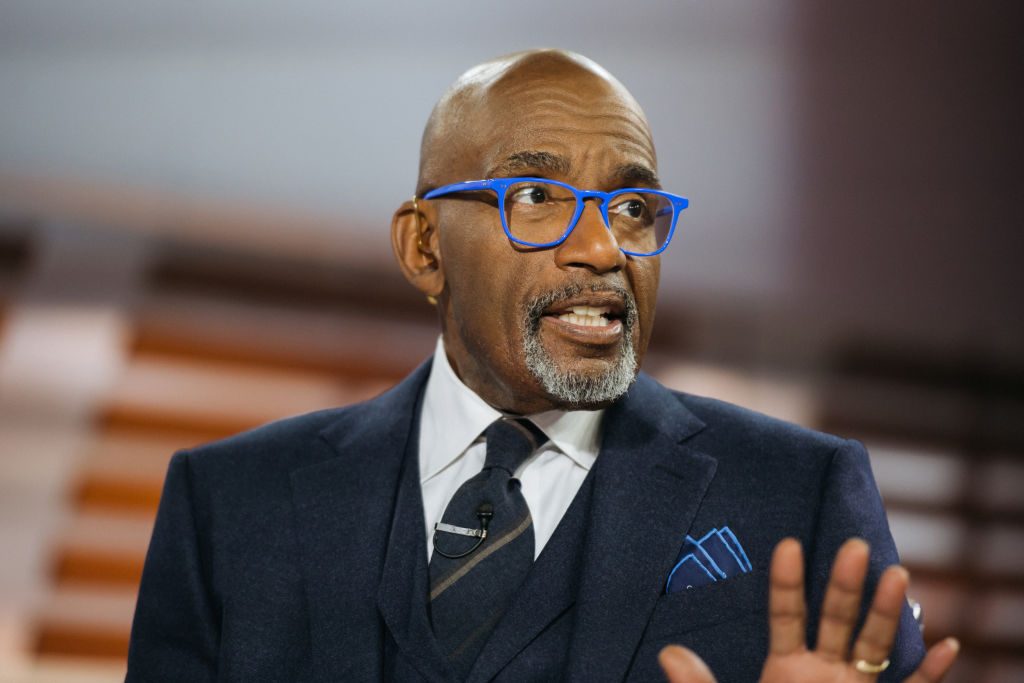 The African-American weatherman is not just popular for his weather report on NBC’s Today, he is also an actor and a news reporter who has worked in several shows such as the NBC’s Nightly News.

He has authored and published a good number of books including “Morning Show Murders,” “The Midnight Show Murders,” and his latest non-fictional book published in 2016 and titled “Been There, Done That: family Wisdom For Modern Times.”

The multiple-award winner who was born in 1954, initially wanted to be a cartoonist but has made great achievements for himself through his newly found passion as a journalist.

Albert Lincoln Roker was born in Queens, New York on August 20, 1954, he grew up in a family that valued education and he attended Manhattan’s Xavier High School, where he spent up to four years, mastering his skills in graphic arts as a comic actor.

He also attended the New York State University at Oswego where he had his double major in graphic design and broadcasting/journalism. He was born in a large family of six children to Albert Lincoln Roker, Sr., and Isabel both of Jamaican descent.

His father is a well-known bus driver and a labor-relations negotiator for New York City’s Transit Authority while his mother was a homemaker who worked hard to support her husband in seeing their children through school. Among his siblings are Christopher Roker and Alisa Smith.

Al is related to Roxie Roker, a Bahamian American actress who exhibited raw talent in the acting field. Before her death, she was known for her role as Helen Willis on the CBS sitcom The Jeffersons which aired from 1975–1985. She was the mother of the popular rock musician Lenny Kravitz.

Al Roker has married twice. His first wife was Alice Bell, a journalist whom he met at the earlier stage of his career and they got married on December 22, 1985.

His next marriage was on September 16, 1995, to Deborah Ann Roberts, a popular journalist who started her career at NBC News in 1990 and has served as the bureau chief for the ABC affiliate in Florida.

Roker and his wife currently have two children with his daughter Leila being born in November 1998 and his son Nicholas Albert born in July 2002. He described his wife as someone with a wicked sense of humor.

Al Roker began his career as a weather anchor for CBS affiliate WHEN-TV in New York. he worked there for almost two years and left in 1976.

After completing his graduation, Al moved to Washington and joined as a weathercast at independent station WTTG. In 1978, he got a chance to work at the NBC at WKYC-TV in Cleveland. After working there for five years, he got promotion and shifted to WNBC-TV in his hometown.

Besides this, Al Roker’s turning point came when he became the weekday weathercast on Today. since 1996, he has been hosting the show as the chief host. Furthermore, he has also covered the Hurricane Wilma from inside and also showed some of the viral videos.

In addition, he set the new Guinness World record for forecasting news from 10:05 PM on November 12 until about 8:00 AM on November 14th. On Today Show, Al has also hosted a week-long segment in the honor of five game shows.

Additionally, he also hosted Who Wants to Be a Millionaire for one week followed by a food program, Roker on the road. Apart from that, he has also published a couple of books which include The Morning Show Murders, The Midnight Show Murders, and The Talk Show Murders.

Following his trails of successes as a journalist, Al Roker is no doubt earning huge as he is noted as one of the most famous persons on “Today”.

His salary is about $8 million while he has a net worth of about $30 Million dollars- an amount earned from his versatility as a television journalist, meteorologist, Television producer, voice actor, actor, and author.

Having begun his career in the 70s, Roker’s hard work and passion for his work as a journalist has also earned him so many accolades.

Among the shows he has hosted include the ‘Game On TODAY’, ‘Who Wants to be a Millionaire’, ‘Celebrity Family Feud’, ‘Macy’s Thanksgiving Day Parade’, and ‘Remember This?’ He has also appeared as a player in several shows such as ‘Jeopardy!’ And ‘Wheel of Fortune’.

Roker is also one of the bestselling American authors with about eight books credited to his name. Among his recently published murder mystery books include The Midnight Show Murders published in November 2010, Talk Show Murders,
published in December 2011 and the latest so far is Never Going Back: Winning the Weight Loss Battle for Good slated for New York Times Bestseller.

He currently lives with his family in his five-floor Brownstone house in New York. He also has a townhouse which he bought for $3 million in the East Eighties off Lexington.

In addition to all his earnings, Al Roker as a huge fanbase on the social media. For instance, the journalist has about 1.8 million followers on Twitter and over 278k followers on Instagram where he regularly posts photos and gives updates on weather reports.