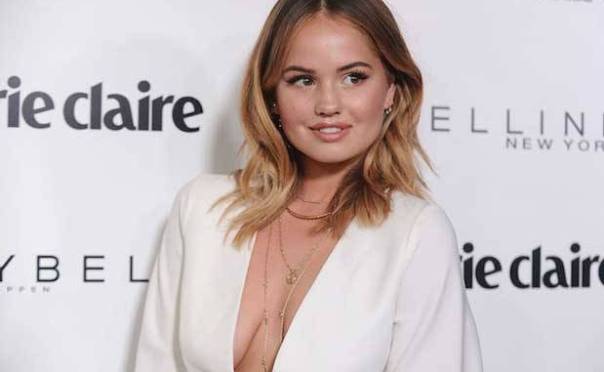 Debby Ryan Net Worth – Nowadays, if your commitment doesn’t grace the ‘Gram, you may think about whether it even happened. In this case, the Jessie actress has no need to worry.

An American actress, singer, and musician, Debby Ryan who is famous for her roles in the Disney series The Suite Life on Deck and Jessie.

Debby shares the happy news alongside a series of their engagement’s pictures with her fans through her social media saying, “I said yes! Well technically I said ‘NO WAY’ twice but I meant yes.” 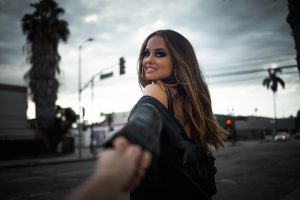 Real name; Deborah Ann Ryan was born to Irish parents John and Missy Ryan on May 13, 1993, in Huntsville, Alabama, U.S.A that makes her age 25. She holds an American nationality and spends her most of childhood in Europe. She moved to Texas with her person at the age of 10.

She can speak both English and German language fluently. He has a brother named Chase Ryan who is a pop singer. Debby started performing from age seven in professional theaters on an American base in Germany.

In an interview with PEOPLE, Ryan described herself as a nerd in school. During her school days, she was bullied for being a mascot and a member of the school’s chess club. 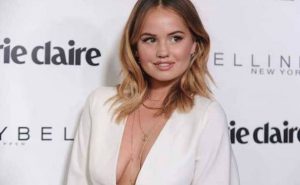 Debby Ryan started her career in the entertainment industry through TV ads in her early teens. After appearing on many advertisements, she made her first debut in 2006’s TV series Barney and Friends as Debby. Following that year, she appeared as a Teenage Girl in the movie Barney: Let’s go to the Firehouse

She played several minor roles in TV series and movies such as The Longshots, What If…, and Jonas Brother: Living the Dream. After two years later, in 2008, finally, she landed a lead role as Bailey Pickett in the popular TV series The Suite Life on Deck. She received positive response and reviews from the viewers.

She won Popstar Awards for TV Actress for Jessie in 2012.  In 2016, she was cast as Lucy Diamond in the NBC police series The Mysteries of Laura in season two. Ryan made a guest appearance as Maddie Finn, Kibby’s rival and former Lacey from Outter Spacey co-star, who wants to ruin Kibby’s life on VH1 series Daytime Divas.

Currently, Debby is playing a lead role as Patricia “Patty” Bladell in on Netflix’s drama series Insatiable. In 2018, she starred with minor roles in four movies; Cover Versions, Every Day, Life of the Party and Grace.

Aside from acting career, Debby is a singer and musician. Ryan released her first debut solo single We Ended Right, featuring rapper Chad Hively and Chase Ryan in 2011 and her promotional single titled Made of Matches

was released in the same year. Then, she released a cover of  We Got the Beat on February 21.

with her band ‘The Never Ending’ which premiered on Billboard website and in 2014, the band released a debut EP title One.

Debby Ryan’s net worth is estimated to be $4 million.

Debby Ryan has been working as an actress in the Hollywood industry with many leads and recurring roles in both movies and televisions. There is no doubt that the Insatiable actress net worth is increasing than the previous year.

In addition, she makes an extra wealth by appearing in many commercials and from her music videos. Ryan has also her own clothing line.