Oprah Winfrey brothers and sisters – America’s first lady of talk shows, Oprah Winfrey is well known for surpassing her competition to become the most watched daytime show host on television. Her natural style with guests and audiences on the Oprah Winfrey Show earned her widespread popularity, as well as her own production company, Harpo, Inc. 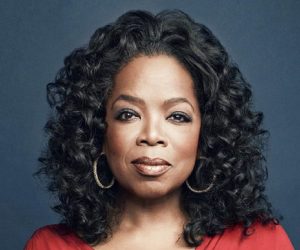 Oprah was born as Orpah Gail Winfrey on January 29, 1954, to a single mother Vernita Lee and absent father, Vernon Winfrey. She adopted “Oprah” after she realized her birth name was always mispronounced.

The woman who has now become a global media leader came from a poor home. She lived in rural Mississippi in the first six years of her life under the care of her maternal grandmother, Hattie Mae. Since her grandmother couldn’t afford to buy her nice dresses, she had to deal with mockery and ridicule from the local children.

Growing up, the superstar had it the tough way. She was sexually assaulted by close family members including uncles, a cousin and a family friend. Feeling depressed and worried about the experience, she ran away from home. She became pregnant at 14 and gave birth to a son. Sadly her son died in his early childhood because he was born prematurely.

While still healing from all the bad experiences, Oprah enrolled at Lincoln High School, Milwaukee. She later got transferred to the affluent suburban Nicolet High School following early achievement in the Upward Bound Program. 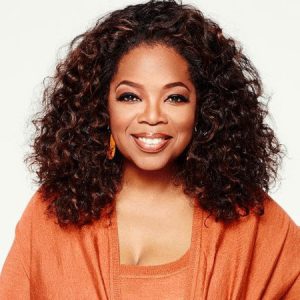 However, her time in Nicolet was soaked with despair due to her poor background. She rode to school with fellow African-Americans, some of whom worked as domestic servants to her classmates’ families. In an effort to remain relevant among extravagant peers, she started stealing money from her mother. She also lied and argued with her more often than not.

These got her mother really upset, so she sent her to Nashville, Tennessee once again to live with her dad, Vernon. In her new town, she joined East Nashville High School. Her dad was very strict, thus she had a firm upbringing under him. Despite his strictness, Vernon was encouraging and didn’t compromise her school with anything else.  While in school, Oprah joined her school speech team and became an honors student.  She was also voted Most Popular Girl.

For her performance, the media icon landed a job in a radio station while still in High school. She started co-anchoring the local evening news. Her ability to speak off the cuff got her transferred to the daytime talk show arena.

She charmed the crowd with her extemporaneous speech and thus the show got uplifted from a third-rate Chicago talk show to first place. Fortunately, she won oratory contest and was given a full scholarship to Tennessee State University, which is widely regarded as a black institution. She studied communication and was gainfully employed in a local media at Nashville’s WLAC-TV, making her the first black female news anchor and the youngest at her workplace.

In 1976, she relocated to Baltimore’s WJZ-TV to join the six o’clock news. Her time on air, however, expired after she was removed as a co-anchor in 1977 and was given lower profile positions at the station. The following year, the media mogul got recruited to join Richard Sher as a co-anchor of WJZ’s local talk show People Are Talking.

She also hosted the local version of Dailing for Dollars. In 1984, Oprah started hosting AM Chicago, a low-rated half-hour morning talk show on WLS-TV. Months after her arrival, the show became a very popular and high-rated show in Chicago, ranking above Donahue.

On September 8, 1986, she launched her own talk show, Oprah Talk Show. The show dethroned Donahue to become the number-one daytime talk show in America. Currently, it draws millions of audience and has remained one of the most famous TV shows.

Additionally, in 2008, the media personality produced and co-starred in some episodes of The Women Of Brewster Place (released in 1989), and the spin-off Brewster Place. She also co-founded the women’s cable television Oxygen. She founded Oprah Magazine and a production company that goes by her name spelled backward – Harpo Productions. 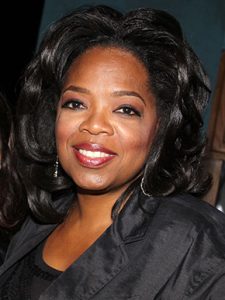 Apart from being a talk show superstar, Oprah has featured and produced numerous films including Beloved, The Color Purple and A Wrinkle in Time (2018) where she was portrayed as Mrs. Which. She also appeared in the Emmy Award-nominated HBO movies Immortal Life of Henrietta Lacks. She produced and featured in the Academy Award-winning film, Selma. She was also nominated for Academy Award for her role Color Purple

She has also done voice-overs for movies which include Charlotte’s Web (2006) as Gussie the goose, Bee Movie (2007) as Judge Bumbleton as well as co-starring the voices of Jerry Seinfeld and Renee Zellweger. The voice for the character of Eudora, the mother of Princess Tiana in Disney’s The Princess and the Frog was also Oprah’s.

In 2010, she narrated the US version of the BBC nature program Life for Discovery. Similarly, they have been movies from her production company, Harpo Productions such as Their Eyes Were Watching God. The production firm also signed an exclusive treaty to develop and produce scripted series, documentaries and movies for HBO in 2008. Currently, Oprah serves as the CEO of OWN: Oprah Winfrey Network and in the last 25 years, she has managed to create an enviable career from her humble beginning. 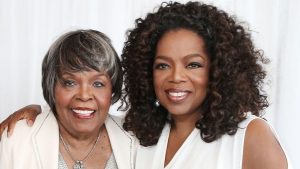 Moreover, the female billionaire writes and publishes books. So far, she has up to five books to her name. Her website Oprah.com has more than 70 million page views on average. Every month, the page allegedly caters to more than six million users and gets roughly 20,000 e-mails every week. She is also ruling the radio world in her own way and amazingly, famous contributors to The Oprah Winfrey Show and The Oprah Magazine are also featured on the radio.

Oprah Winfrey was born on January 29th, 1954 in Kosciusko, Mississippi, the United States to Vernita Lee- a housemaid & Vernon Winfrey- a barber turned city councilman. Oprah was raised by her single mother. 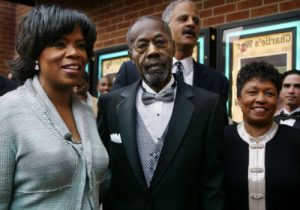 Patricia Lee Lloyd: Oprah had a younger sister named Patricia born to her mother in 1960, she died of cocaine addiction in  2003.

Patricia Lofton: Oprah’s mother had a third daughter in 1962 and named her Patricia as well, she was given up for adoption and Oprah didn’t know she had a sister until 2010.

Jeffrey Lee: Oprah’s mother had a fourth child, a son in late 1960s. He died of AIDS complications in 1989.

Stedman Graham: Stedman and Oprah have been living together since 1986, they got engaged in 1992 and remain unmarried to the day 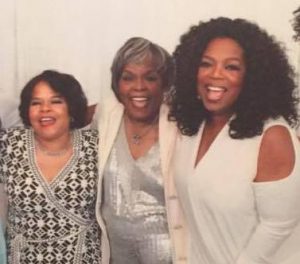 As of 2019, Oprah Winfrey’s net worth is estimated to be $3.2 billion dollars, which makes her the richest female television host of all time.