Kelly Brook Weight – An English model, TV presenter, and actress, Kelly Brook is probably best known in the United States for her work in NBC sitcom One Big Happy and film Piranha 3D. She started her professional career as a model and after gaining major success in it, Kelly later entered into the fields of acting and television presenting. 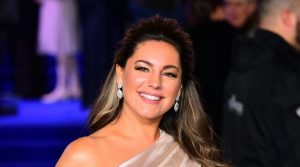 During her modeling career, she has been featured in several well-known magazines along with working in advertising campaigns for many top brands. Her journey to success over television began when Brook became a co-presenter on the TV show The Big Breakfast and since then she has appeared in several shows so.

In addition to this, the actress can also be seen in a few movies as well with The Italian Job and Piranha 3D being the most notable ones. As far as her personal life is concerned, Kelly Brook has remained in a number of relationships so far including with Jason Statham, Billy Zane, Thom Evans, and David McIntosh.

Kelly Brook is a model, actress and television presenter born on November 23, 1979, in Rochester, Kent. She holds British nationality and bears white ethnicity. Born with the birth name Kelly Ann Parsons, talking about her family her father’s name was Kenneth Parsons and her mother’s Sandra Kelly. 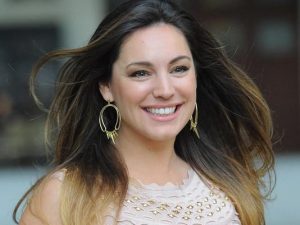 She has a sibling brother Damian and half-sister, Sasha. Along with the top class, modeling works in the UK and USA which has given her genuine recognition of sex symbol and style icon, Kelly has also hosted a number of shows on TV.

Kelly Brook attended the Thomas Aveling School and Italia Conti Academy of Theater Arts. She entered modeling career at the age of 16, after winning a beauty pageant contest. She appeared in several ad campaigns including those of Renault Megane, Foster’s Lager, and Walker’s crisps.
She was featured as a Page Three Girl on the Daily Star. She later appeared on the covers of popular magazines like FHM, Loaded, and GQ. A survey by Grazia magazine also suggested that Kelly Brook had the best British female body. She was signed in for a commercial campaign of the popular body spray ‘Axe’ for about £1m in 2007.
She also modeled for Reebok and Sky+. She became the face of the ad campaign for the popular lingerie brand ‘Ultimo’. Brook was featured on the cover of Playboy’s American edition in September 2010. She launched her own line of swimwear in association with New Look. She also produces a clothing line called ‘Simply Be’. She was announced as the ambassador for ‘Skechers’ in the year 2015. 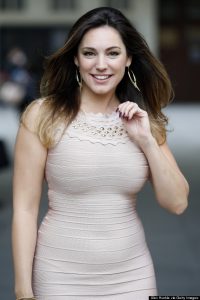 As a television presenter, she has hosted several shows including The Big Breakfast, Celebrity Love Island and others. She participated in BBC1’s ‘Strictly Come Dancing’ in the year 2007. She also served as a judge in the reality show ‘Dirty Dancing: The Time of Your Life’.
She is widely recognized as a sex symbol and a style icon. Kelly Brook was named the ‘Sexiest Woman in the World’ in 2005 by FHM. She has been appearing on the list every year since 1998. Her autobiography was released by her in the year 2014. The book also reached Sunday Times Bestseller’s list as well shortly.

Kelly began her modeling career after winning a beauty competition. In 1997, she started presenting youth television programs on ‘MTV’, ‘Granada Television’ and the ‘Trouble TV’.
In 2000, she made her first film debut as Sarah, in the film ‘Sorted’, with a minor role alongside Tim Curry. She also appeared in ‘Ripper’ and ’Letter from Hell’.
Her performances quickly caught the eye of American producers and Kelly’s posters and calendars became top sellers, and she started appearing regularly on the covers of ‘Cosmopolitan’, ‘Esquire’, Love’, ‘Glamour’, ‘Red’, ‘Instyle’, and ‘GQ’. 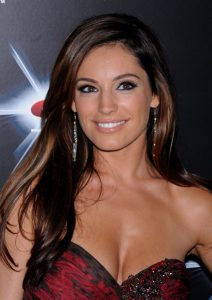 She has also worked extensively in the TV industry in shows that include ‘Big Breakfast’, ‘Love Island’, ‘Dirty Dancing’, ‘The Time of Our Lives’ and ‘MTV Select’.
In 2003, she made a small appearance in the ‘The Italian Job’, and after a year, performed her first starring role in ‘School of Seduction’, which won her positive reviews.
Between 2004 and 2005, she played a variety of roles such as that of Nikki Morris in the video game ‘Need for Speed Underground 2’ and ‘House of 9’.
She has been recognized as one of the top models of the UK in Swimwear and Lingerie, after the launch of her collections, which has been carried exclusively by ‘New Look’ since 2006.
She also had lead roles in ITV’s ‘Miss Marple’, ‘Moving Wallpaper’ in 2009, and in the science fiction thriller ‘Shadow Play’ directed by Nick Simon.
In 2007, she authored a style book, ‘Pinning down the Pin Up within you’ through Orion Publishers and signed a contract of Unilever’s Lynx body spray, ‘Axe’.
She has been working with ‘Reebok’ since 2008 and has produced a Fitness video alongside Flavia Cacace. Her performance in Neil LaBute’s ‘Fat Pig’ at the Comedy Theatre was admirable.
She took part in ‘Wembley Arena’ in 2009 and was invited to guest judge ITV’s flagship show, Britain’s Got Talent’ and ‘Calendar Girls’. 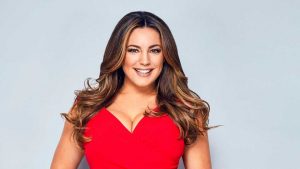 She acted in the science fiction thriller, ‘Shadow Play’ and appeared in ‘Clapham Picture House’ to surprise cinemagoers as part of a promotion for ‘Carlsberg’ and Sky 3D.
In 2010, she took part in ‘Strictly Arena Tour dancing’ and after three years, was a team captain on ‘Celebrity Juice’, ‘Season 9’ and ‘Juliet’.
Kelly also made a cameo appearance in ‘Forever Crazy’. She plays the lead role of ‘Kate’ in award-winning writer Mauve Murphy’s new feature film ‘Taking stock’.

With raging demand in the modeling industry that just keeps increasing, as well as working her way through television world with charm has put Kelly Brook’s net worth at $10million.