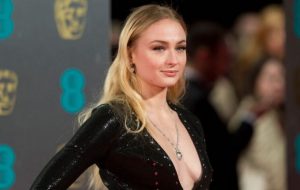 Sophie Turner was conceived on 21 February 1996 in Northampton, England, to Sally and Andrew Turner. Sally was a nursery teacher and Andrew, a bed conveyance organization worker. She has two siblings, both more seasoned than her.

At the point when Sophie was two-year-old, the family moved to Chesterton, Warwickshire, where Sophie went to Warwick Prep School, a free school till the age of 11, after which, she enlisted at The King’s High School for Girls, an unmistakable day school for young ladies.

Entranced by acting, she joined the ‘Playbox Theater Company‘ when she was only three years of age. She grew up close Leamington Spa, Warwickshire in a substantial Edwardian house packed with pigsties, an enclosure, and horse shelters that gave her abundant chance to “muck around in the mud.” Sophie was still in school when she began acting in ‘The Game of Thrones.’ She was coached on-set until the age of 16. She passed her ‘GCSE’ with five A-grades, and four B-grades, including Drama. 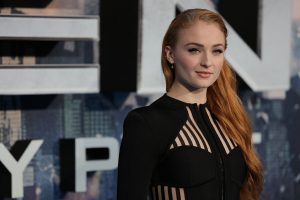 Sophie Turner began her career as an actress through a super-hit series Game of Thrones as Sansa Stark in August 2009. She was only 14 years old when she began acting. In contrast, she was nominated for the Young Artist Award for Best Performance in a TV series- Supporting Young Actress for her portrayal as Sansa Stark. To date, she has appeared in all broadcast seasons of Game of Thrones.

The Game of Thrones actress later appeared on the big screen as the lead character in the thriller movie  Another Me in 2013. Similarly, she starred in the television film The Thirteenth Tale as Adeline March in the same year. Furthermore, she is portraying, Jean Grey in the upcoming Dark Phoenix movie. 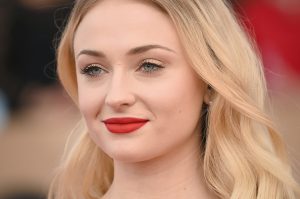 The net worth of Sophie Turner is $5 million.